Murdoch University announced late on Friday that its vice-chancellor, Richard Higgott has resigned, five weeks after he was stood down on full pay, in the midst of a Corruption and Crime Commission investigation. 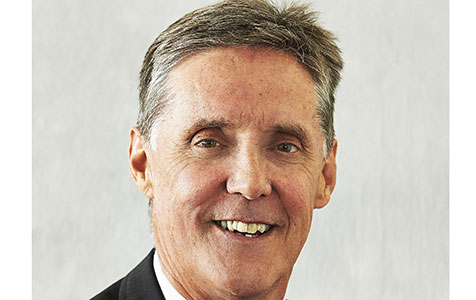 Murdoch University announced late on Friday that its vice-chancellor, Richard Higgott has resigned, five weeks after he was stood down on full pay, in the midst of a Corruption and Crime Commission investigation.

The university has also bolstered its senior ranks by recruiting the former senior deputy vice-chancellor at the University of Western Australia, Bill Louden.

In a statement, Mr Flanagan said: “The past few weeks have been a difficult time for the university, especially around the unfortunate but necessary need to refer matters to the Western Australian Corruption and Crime Commission”.

The CCC referral was made in mid-September, following an internal investigation into potential “misconduct”.

The university has not disclosed any details of the investigation.

Mr Flanagan said Professor Taggart was a long-standing member of the university’s leadership team and had the full support of the senate and senior staff.

“As a senate we are fully supportive of the strategic leadership group and the university’s vision to be recognised as a globally recognised research lead institution,” he said in a statement.

“Over the next few years, Murdoch is going to go through a period of change and development that will present plenty of challenges along the way.

“But as a senate we are convinced that this successful transition represents the best chance of achieving the professional and academic recognition and financial strength that Murdoch deserves.”

Professor Loudon’s brief is to help Murdoch achieve its vision of being “a research-intensive university, a place of excellence that offers an outstanding learning and teaching experience for all students”.

“Professor Louden had been in discussions with the former vice-chancellor and the provost, to assist them in the implementation of the existing strategy, and we are pleased he has accepted the role,” Mr Flanagan said.

“Professor Louden will also act as strategic adviser to Professor Taggart is his new role as acting vice-chancellor.”

In a separate statement, which made no reference to the CCC investigation or Professor Higgott’s earlier suspension, Mr Flanagan said the outgoing vice-chancellor had made a valuable contribution to Murdoch, including his vision for repositioning it as a globally recognised, research-led university.

“Professor Higgott’s vision and leadership in refocussing Murdoch into a globally recognised research-led university is a legacy for which he will be justifiably recognised,” Mr Flanagan said.

Professor Higgott said it had been an honour to have served as Murdoch’s vice-chancellor and that he was looking forward to pursuing broader interests of both an academic and non-academic nature.

“It is the right time for me to retire. At 65 I have other activities I wish to pursue, including a large writing program,” he said.

Professor Higgott said he had enjoyed working with a committed and talented leadership team at Murdoch that was well placed to deliver the university’s vision.

With 16,600 students and 1,700 staff, Murdoch is the state’s eighth largest tertiary education institution, according to BNiQ.