Blackburne has appointed Multiplex as the builder for its $350 million western suburbs apartment project, The Grove Residences. 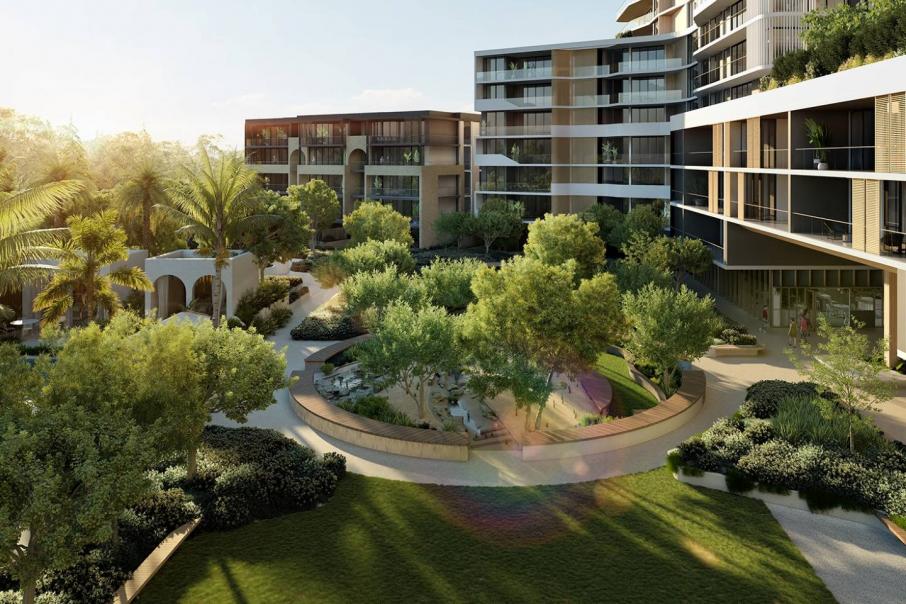 Blackburne has appointed Multiplex as the builder for its $350 million western suburbs apartment project, The Grove Residences.

Located on 1 Airlie Street, on the border of Peppermint Grove, Cottesloe and Claremont, The Grove proposes 245 apartments spread across two towers (one at 12 levels the other at 16 levels) with a separate four-storey podium apartment building to house commercial tenancies as well as common facilities.

Blackburne founder and managing director Paul Blackburne said since launching sales in 2020, more than 80 per cent of the project has sold, representing circa $240 million in sales.

“It’s an exciting time for WA and our company,” Mr Blackburne said.

“We love creating iconic new developments like The Grove and we can’t wait to see the finished development in Spring 2023.

“Multiplex is one of Australia's largest tier one builders and has an international reputation for excellence and quality, making them a great fit for The Grove.

“They have delivered some of the most unique and complex projects globally and are also the builder on our One Subiaco project which is currently under construction and on track for completion in September 2022.”

“Multiplex are delighted to once again be partnering with Blackburne to deliver a quality residential development that will reflect the character and sophistication of the superb location,” Mr Palandri said.

Other major Multiplex projects include the design and construct contract for Brookfield's One the Esplanade office development at Elizabeth Quay, now under way and set to be Chevron's new headquarters.

Mr Blackburne said the team had sold three penthouses, with five new penthouse designs expected to be released in the coming weeks, including a two-level five-bedroom seven-bathroom penthouse that the company said had views of Rottnest and Freshwater Bay.

That penthouse, which Blackburne is marketing for $22.5 million, also comes with a private swimming pool, a 170-bottle wine cellar and a 16-car private garage.

“There has been and still is a significant undersupply of larger high-end apartments in the western suburbs,” Mr Blackburne said.

Mr Blackburne said the company had now developed more than $1 billion worth of apartments across the western suburbs, which in addition to One Subiaco includes Essence at Claremont on Park.

More than 40 per cent of the 1.5-hectare site has been earmarked for development into parklands.

Amenities at The Grove include a 30-metre pool, a golf simulator, yoga studio, gym, steam room and sauna, a rooftop cocktail lounge and Kids Club, among other features.