OPINION: Several factors have converged to lift the price of gold in $A terms, but local events may yet play a part in how lucrative those returns are to WA producers. 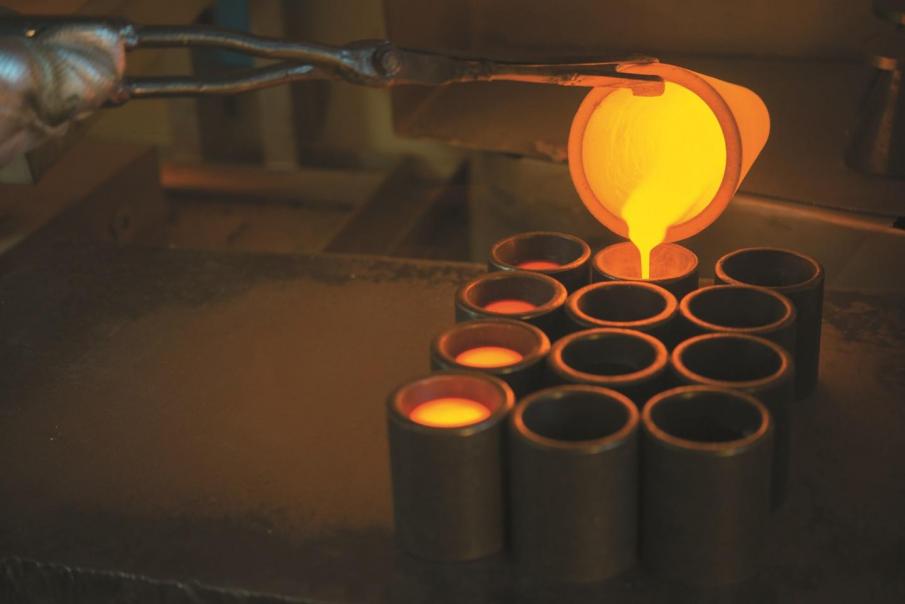 OPINION: Several factors have converged to lift the price of gold in $A terms, but local events may yet play a part in how lucrative those returns are to WA producers.

Iron ore has been Western Australia’s economic driver for the past 20 years courtesy of China’s industrial revolution.

However, it could be another WA speciality that leads the charge for the next two decades on the back of strong demand in the US and Europe – gold.

Multiple factors are driving gold back to a position of importance as a jobs and wealth creator not seen for decades, though the irony is that WA’s good fortune is a result of misfortune elsewhere.

Hints of something significant happening in gold have been evident for the past 12 months as the China-US trade war has heated up.

Tit-for-tat tariff exchanges have been magnified by demands from US President Donald Trump for deep cuts in interest rates, which would have the effect of ‘weaponising’ the US dollar.

Driving down the value of the dollar (which is what weaponising means) would help US exporters compete with rivals in Europe and China, and Australia when it comes to some mineral, energy and food exports.

A lower US dollar is good news for gold, and exceptionally good news if interest rates in the US get close to, or even fall through zero, a point at which gold could go even higher.

Investors in Europe are already feeling the chilly blast of interest rates below zero on their savings, and the longer negative rates remain in force the more appealing gold becomes; because while it doesn’t pay interest in its bullion form, gold is a store of wealth with a 5,000-year pedigree.

At its latest prices of $US1,424 an ounce ($A2,022/oz) gold is already at a six-year high in US dollars and an all-time high in Australian dollars.

The challenge for investors is assessing whether this is as good as it gets for gold or whether there’s more to come.

The answer could be that this is just the start of a gold-price surge that was always going to come as a result of the 2008 GFC, which destabilised the global economy and transferred major economic policy decisions to the world’s central banks.

What the banks did, at the encouragement of government, was print trillions of dollars, euros, yuan and yen, in new money.

The intention was to maintain economic growth by ensuring adequate liquidity in the system, while also lowering interest rates to encourage consumers and business to borrow in order to buy and build.

That game of money-printing is largely coming to an end and a new debate has started with central banks again playing a leading role, though this time as buyers of gold because they, like a number of investment leaders, are losing faith in paper money (even the money they print).

Ray Dalio, founder of the Bridgewater investment fund and the world’s 58th richest person with a fortune valued at $US18 billion, has emerged as the world’s top ‘gold bug’, a term usually reserved for people who irrationally spruik gold.

What Mr Dalio said recently was far from irrational, however, because his support for gold as an investment has been picked up by some of the world’s leading investment banks, including Goldman Sachs, Citi and Morgan Stanley.

The case for gold can also be found in a growing academic debate around an economic concept called Modern Monetary Theory (MMT), which is actually an old idea dressed up with a new name and centres on government spending and expanded deficits to replace monetary policy that has reached its use-by date.

Llewellyn Consulting, an independent London-based economic advisory firm, said in a research paper published earlier this year that the core inference of MMT was that: “Budget deficits and public sector indebtedness should be allowed to adjust (rise) to a level necessary to achieve full employment”.

The left side of politics loves the idea of letting government off the leash and, in the event of accelerating inflation, argues the problem can be fixed with increased taxes and the issue of government bonds to soak up excess liquidity.

Also known by its nickname of ‘voodoo economics’, MMT is becoming a popular debating topic. Whether it ever becomes government policy is irrelevant to people like Mr Dalio because they sense that a period of significant change is on the way – and it will be good for gold.

The paradigm shift seen by Mr Dalio means huge debts in pension and healthcare liabilities will be impossible to fund without a combination of large government deficits, currency depreciation and tax increases.

“Assets that will most likely do best will be those that do well when the value of money is being depreciated and domestic and international conflicts are significant – such as gold,” Mr Dalio said.

Mr Dalio has a cult-like following in the US and a well-earned reputation for picking investment winners; if his followers take the hint, they will already be adding gold to their portfolios.

Mr Dalio’s influence on gold is being compounded by other upward pressures, including: central bank buying, especially Russia and China; falling US interest rates; and a fresh round of quantitative easing (money printing) in Europe, however reluctant, as an attempt to kick-start economic growth.

What’s happening is exceptionally good news for WA’s gold industry, as leading miners enjoy record share prices and exploration spending accelerates amid a rush to catch the record local price, which could go a lot higher yet.

Just how high gold in Australian dollars might rise is an impossible question to answer but there is a rough guide in the form of the last peak when the US dollar gold price touched $US1,900/oz in 2011.

Back then, because the Australian dollar was a lot higher than it is today, the local gold price only reached $A1,766/oz.

Today, with the exchange rate around US70 cents, a US gold price of $US,1900/oz would translate into an Australian gold price of $A2,700/oz, up another $500/oz on its already record local price.

However, there is a reason to be wary of such outlandish forecasts as the exchange rate, which had been expected to fall further, is now seen as possibly rising given better-than-expected economic news.

The increasing value of exports, led by iron ore, coal and LNG, is working wonders on Australia’s trade balance, which is handily in surplus, and could soon yield the country’s first current account surplus in 40 years.

A current account surplus is a big deal and will change the way the world sees Australia, but it will also boost the value of the local dollar; and that will bear down on the value of exports traded in US dollars and the local value of gold.