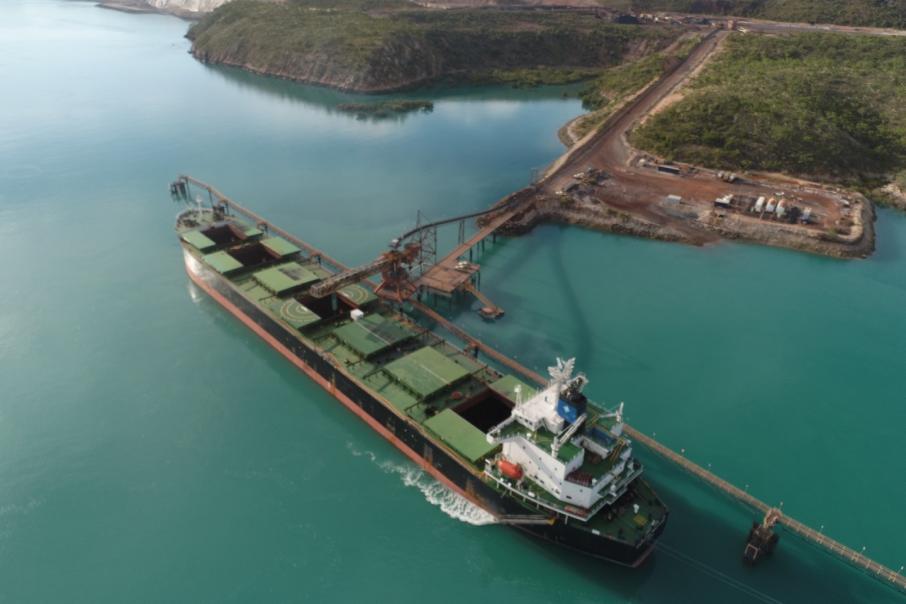 The first cargo from Koolan Island will be approximately 72,000 wet metric tonnes of hematite ore

Koolan Island’s main pit has ore reserves of 21 million tonnes grading 65.5 per cent Fe (iron), well above the 60-62 per cent Fe grade for most other WA exporters.

That means Mount Gibson attracts a big pricing premium from steel mills, especially as its iron ore also has low impurities of phosphorus and alumina.

The latest market report from S&P Platts lists 65 per cent ore selling at $US109 per tonne, compared to $US94.20 per tonne for benchmark 62 per cent ore.

The first cargo from Koolan Island will be approximately 72,000 wet metric tonnes of hematite ore, aboard the bulk carrier MV S’Hail Al Mafyar, and was scheduled to leave for China today.

This shipment follows two years of redevelopment and refurbishment work at the site, including the construction of a new seawall containing an impermeable seepage barrier, pit dewatering, footwall rehabilitation, pre-production waste mining, general site infrastructure refurbishment, and the recruitment and mobilisation of more than 300 employees and contractors.

The main pit has an estimated mine life of 5.5 years.

The company said indigenous employees account for more than 20 per cent of the site workforce, including many from the Dambimangari People, the traditional owners of Koolan Island located approximately 140km north of Derby in the Kimberley region of Western Australia.

Mount Gibson also employs a substantial number of personnel from Broome and Derby.

Chief executive Peter Kerr said it was very satisfying to bring the Koolan Island mine back into production.

“The high grade and quality of Koolan Island’s direct-shipping hematite iron ore products means that they are well suited to China’s increasing focus on steel manufacturing productivity and environmental impacts, and will provide Mount Gibson with a solid platform from which to generate value well into the next decade.”

They have more than doubled in value since the start of the year, when they were trading around 53 cents.