Mount Gibson Iron has received a further $64.3 million insurance payout from the collapse of a seawall at its Koolan Island iron ore mine in 2014. 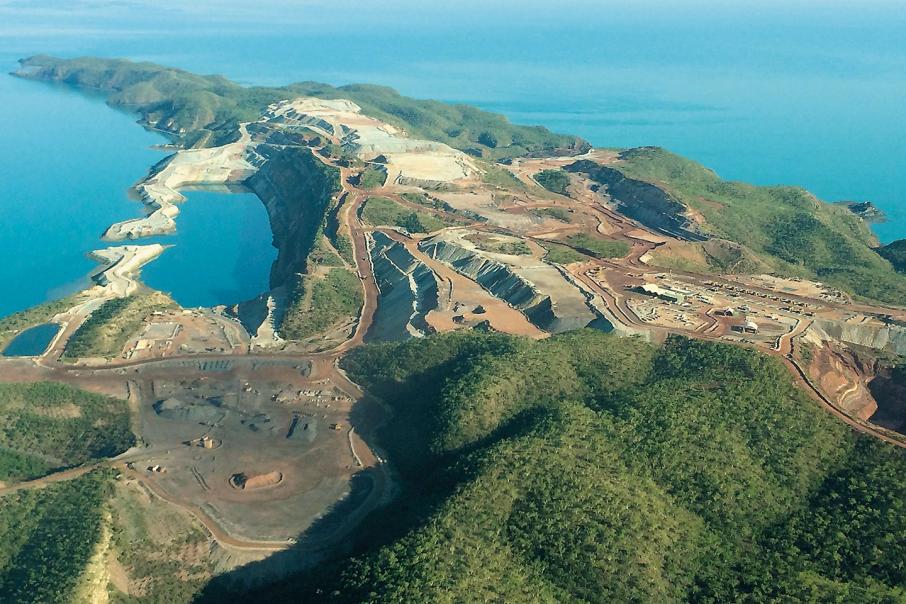 Mt Gibson is restarting activities at Koolan Island following the collapse of a seawall in the main pit in 2014.

Mount Gibson Iron has received a further $64.3 million insurance payout from the collapse of a seawall at its Koolan Island iron ore mine in 2014.

The payout covers the business interruption component of its insurance claim, and follows an $86 million property damage insurance collection in June last year.

Mt Gibson said today the agreement was reached with 14 insurers representing 92.5 per cent of the company’s underwriting cover for business interruption.

“Negotiations will continue separately with one further insurer representing the remaining 7.5 per cent of the company’s business interruption coverage,” it said.

Investors welcomed the news, Mt Gibson shares up 10.4 per cent to 37 cents each at 10am.

Mt Gibson expects to receive the settlement funds by the end of the month.

The Koolan Island mine was put on care and maintenance shortly after the seawall collapsed on the main pit in 2014, with Mt Gibson recording a $946 million impairment on the asset in FY15.

In April, Mt Gibson announced it would spend about $100 million on the redevelopment of the mine, which includes the construction of a new seawall in the main pit and dewatering work.

Chief executive Jim Beyer said the settlement was a welcome outcome for the company and its shareholders in the wake of the Koolan Island incident.

“We thank our insurance brokers and advisers for their assistance in our claim preparation and negotiation, and we appreciate the diligent and systematic engagement of our insurers to achieve a timely resolution,” he said.

“This settlement, which takes combined insurance proceeds for property damage and business interruption at Koolan Island to just over $150 million, is well timed with construction of the starter embankment for the new main pit seawall and related activities progressing in line with the project restart schedule.”

Mount Gibson was represented by inurance broking firm Arthur J Gallagher & Company, which described the outcome as fair and reasonable for the miner.

General manager mining and construction Colin Todhunter said the claim was one of the most technically challenging and complex in Australian history, involving a panel of more than a dozen specialist insurance underwriting companies from Australia, Europe and Asia.

"Thankfully, we were able to draw on our significant experience in this space, including one of the world’s largest contingent business interruption claims associated with the Varanus Island gas explosion in 2008,” he said.

Mount Gibson has been a longstanding client of the firm, initially when it traded as Strathearn Insurance Brokers, and continuing following its acquisition by global firm Arthur J Gallagher in December 2015.