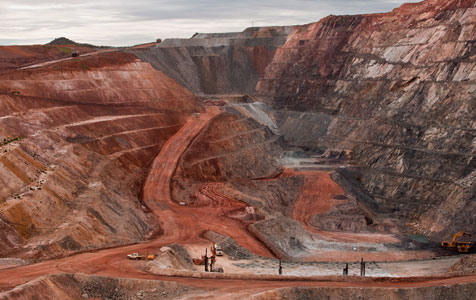 Mount Gibson Iron says it is targeting higher sales volumes over the next financial year, but a record revenue result was not able to halt a dip in profit due to challenging conditions in the iron ore sector.

Mount Gibson’s underlying net profit was $92.9 million, although its profit from continuing operations was down 42.8 per cent, to $128.4 million.

Chief executive Jim Beyer said while the company’s net profit result only told part of the story, it was nonetheless a strong performance in difficult conditions for iron ore miners.

“Our diligent focus on getting the most out of our assets has enabled us to target even higher sales volumes this financial year,” Mr Beyer said in a statement.

“Also, we are confident of adding to the $50 million in permanent ongoing savings already delivered.