Bentley-based tech manufacturer Motium has taken its first steps into a lucrative market, striking up a partnership with a local defence manufacturer. 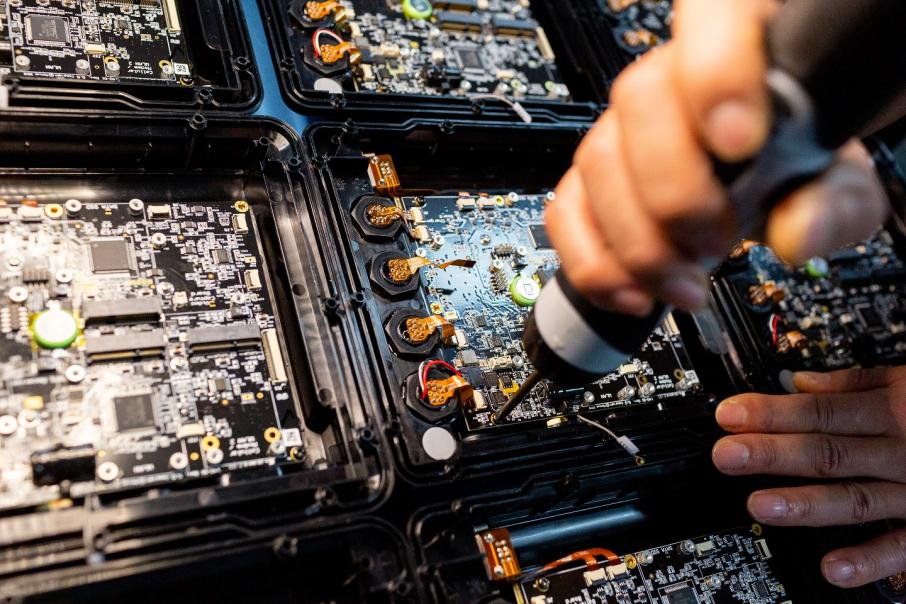 Motium's hardware is built specifically for use in rugged environments

Bentley-based tech manufacturer Motium has taken its first steps into a lucrative market, striking up a partnership with a local defence manufacturer.

Motium is a manufacturer of rugged hardware technology used in the mining, automotive and emergency services sectors.

Its partnership with Precision Technic Defence will involve installing a TUFF Panel PC into a light recon vehicle, replete in tan and camouflage colouring options.

“We originally designed this equipment to withstand harsh conditions in the Western Australian mining environment and have adapted it for defence settings,” he said.

“Few situations demand as much out of people and equipment as a military conflict.

“It’s vital to the safety and success of our service personnel that their computing technology remains reliable in extreme temperatures, dusty and wet conditions, despite constant vibrations and shocks and in the face of normally damaging electrical surges.

“We have 20 years of experience designing, building, and perfecting just such devices.”

“We are passionate about providing the best possible tactical solutions to our men and women on the front line,” he said.

“These ruggedised PC panels are essential to the reconnaissance applications of our light mobility platform.

“We are excited for the future of defence innovation alongside Motium.”

Today’s news follows Motium having celebrated its 20th anniversary earlier in the year.

Still, he noted strong demand in the industrial market, with customers particularly interested in customised variations to the hardware he had for sale.

Utilising his background in product design, project management and manufacturing, Mr Warenczak found success in a customer-driven model rather than through seeking capital or external investment.

“Because the business was self-funded, everything we did had to be on the basis of self-funding,” he said.

While he characterised Motium’s market as niche, notable past clients have included BlueScope Steel, with Wenco Mining Systems, a Canada-based mining outfit owned by Hitachi, among its current customers.

Jackie Shervington, the business’ general manager, was particularly bullish about Motium’s capacity to grow, stating it was now in the position to target $100 million annual revenue by 2030.

To get its target, the business is focusing on developing and retaining its staff, an existing strength for the business, which Ms Shervington claims has retained a third of its staff for more than a decade.

Builidng a corporate structure was also mentioned as a factor that would help facilitate an increase in business.

“We’re definitely entering into a corporate growth position,” she said.

“You can almost see the leadership team now for the next 10 years [as they grow] into general managers or chief technical officers.”

In speaking to Business News, both Ms Shervington and Mr Warenczak seemed bullish about the next 12 months, believing COVID-19’s arrival in WA will have minimal to negligible impact on manufacturing.

When asked if Motium would consider an ASX listing on its way to achieving its $100 million annual revenue target, Mr Warenczak was adamant he would stick to the business’ tried and tested customer-driven approach.

“Whether we need capital, I’ve never said no, but we’ve never been in a situation where we’ve needed it to grow,” he said.

“If we got a point where we needed it to grow we obviously wouldn’t be silly about it.”