There are more than 75 suburbs in Western Australia, primarily in mining regions, where it is cheaper to buy a house than pay rent, a report released today says. 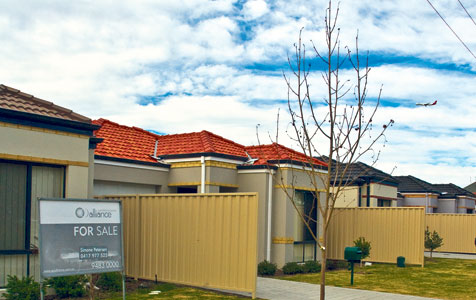 There are more than 75 suburbs in Western Australia, primarily in mining regions, where it is cheaper to buy a house than pay rent, a report released today says.

The RP Data Buy vs Rent report identified 692 suburbs across Australia where rent is more expensive than maintaining a mortgage, with 78 of those in WA.

A total of 29 of those are in Perth, with the remainder located in resources-rich regional areas.

The findings come as home loan approvals for new houses continue to rise, reaching a 19-year high in May, according to the Australian Bureau of Statistics.

Loans for houses purchased by owner-occupiers increased by 4 per cent in May in WA, while finance for the purchase and construction of new houses increased by 4.7 per cent.

Urban Development Institute of Australia WA division chief executive Debra Goostrey said more than 19,000 loans for new homes for owner-occupiers were written over the last 12 months, up 30 per cent on last year.

“These are the highest levels since 1994, surpassing the 09/10 peak driven by the Commonwealth government’s temporary construction stimulus and the mid-2006 peak,” Ms Goostrey said.

“We’ve seen the market balance change dramatically over the past 18 months, encouraged by a strong lift in home-ownership.

“Developers have reported strong sales in 2013 and releases brought forward are being snapped up quickly by purchasers eager to take advantage of near-record low mortgage rates.”

Dwelling approvals increased for the 10th consecutive month in May, Ms Goostrey said, reaching 24,000 homes over the past year.

Ms Goostrey said the UDIA would work with government to ensure the land shortages experienced in the middle of the last decade were not repeated.

The 78 WA suburbs where paying a mortgage is, on average, more affordable than paying rent are: