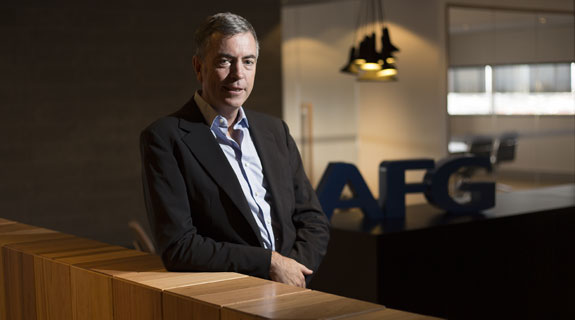 Shareholders in Australian Finance Group are planning a major sell-down of their stakes in the Perth-based mortgage provider as part of a $140 million initial public offering launched today.

AFG today unveiled its plans to list on the Australian Securities Exchange, launching an IPO to raise between $121 million and $140 million.

A prospectus has been lodged with the Australian Securities and Investments Commission, with the IPO based on a price range of $1.20 to $1.38 per share.

Founding shareholders Brett McKeon and Malcolm Watkins have agreed to sell about half of their stakes in AFG, to hold around 9.9 per cent each following the IPO, while Kevin Matthews’ shareholding will go from 18 per cent to 7.9 per cent, and Lisa Bevan’s stake will decrease from 13.1 per cent to 6.9 per cent.

Prior to the launch of the IPO, AFG made a dividend payment of $28 million to existing shareholders, while its dividend payout ratio following the IPO has been flagged to be between 70 and 80 per cent of its earnings.

Following the IPO, Around 52.7 per cent of the company will remain owned by AFG’s existing shareholders.

“We have received a number of offers for the company since we started operations more than 20 years ago, but we believe listing on the ASX is the best avenue to ensure AFG’s sustainable growth and to retain and attract brokers to our network,” Mr McKeon said.

“We are a significant player in a growing market and we are confident of delivering long-term returns to shareholders.

“We have shown a consistent ability to generate profits through the residential property cycle and with almost 50 per cent of our revenues being generated through a trail commission on the existing AFG loan book, we believe we have an attractive mix of recurrent earnings and growth.”

Macquarie Capital is the lead manager, Morgans Corporate is acting as co-manager to the IPO, and Herbert Smith Freehills is the legal adviser.

AFG’s network comprises more than 2,300 brokers across Australia, which distribute more than 1,400 mortgage products from a panel of 30 lenders.

Its loan book stands at more than $100 billion, making it the largest mortgage provider outside the major banks.

AFG shares are expected to begin trading on the ASX around May 22.