Albany and Bunbury Ring Roads, Fremantle Traffic Bridge, and an extension of Tonkin Highway were among the list of local road projects to receive $1.6 billion of funding from Prime Minister Scott Morrison in Perth today. 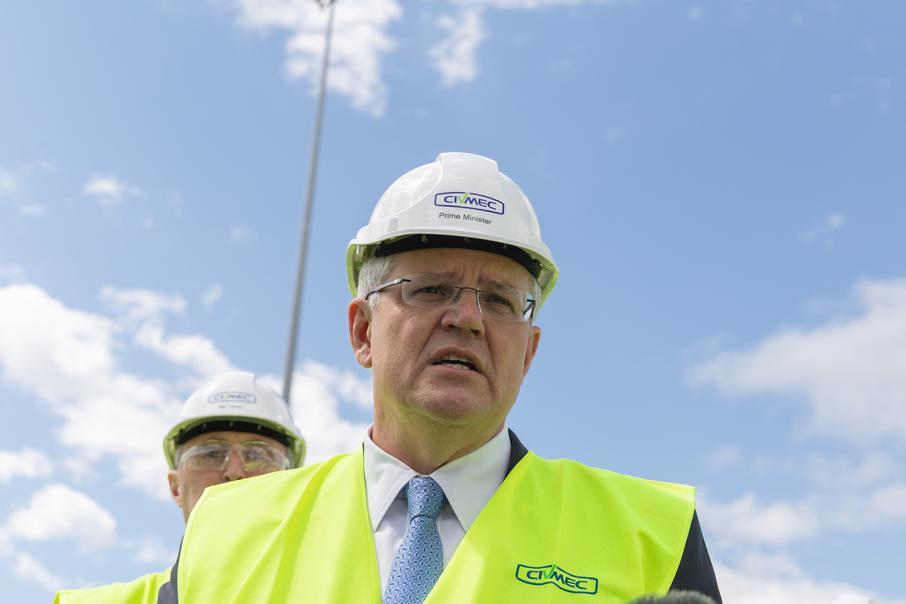 Scott Morrison is gearing up for an election, likely to be called within weeks. Photo: Gabriel Oliveira

Albany and Bunbury Ring Roads, Fremantle Traffic Bridge, and an extension of Tonkin Highway were among the list of local road projects to receive $1.6 billion of funding from Prime Minister Scott Morrison in Perth today.

It adds to around $4.8 billion of road and rail pledges in the past two years, Mr Morrison said.

Mr Morrison said his government had a firm commitment to ensure Western Australia got a fair share of infrastructure funding.

“We have already been big investors here (in WA) but this will be on roads of strategic importance,” Mr Morrison said.

“All of these things which are designed for Australians, frankly, to get home sooner and safer, or to work sooner and safer and people can get out of the traffic and onto the site.

“These are practical projects, our congestion busting projects.”

For the Albany Ring Road, the government will chip in $140 million, while support for the Bunbury Outer Ring Road will be lifted by $122 million to a commitment of $682 million.

The Fremantle Traffic Bridge will receive $115 million of funding while an additional $349 million will be spent on three Tonkin Highway projects, to a total of $929 million.

About $208 million was allocated to remove the level crossings at Oats Street, Welshpool Road and Mint Street on the Armadale rail line.

“The budget will commit $535 million towards key regional road investments across the state under the Government’s Roads of Strategic Importance initiative,” Mr McCormack said.

“It will increase efficiency, productivity and improve the supply chain.

“By making the freight system more efficient, local businesses will also have more money to invest in their operations, creating more jobs and providing a vital shot in the arm for WA’s agriculture and mining sectors.”

"The previous government simply did not do the work to get the projects funded.

"Under the McGowan Government, Western Australia has a strong plan for Metronet and roads, and we've successfully leveraged more Commonwealth funding as a result.