Prime minister designate Scott Morrison has admitted his party was battered and bruised this week, but committed to focus on unifying the country, with a review of the government's drought response his number one priority. 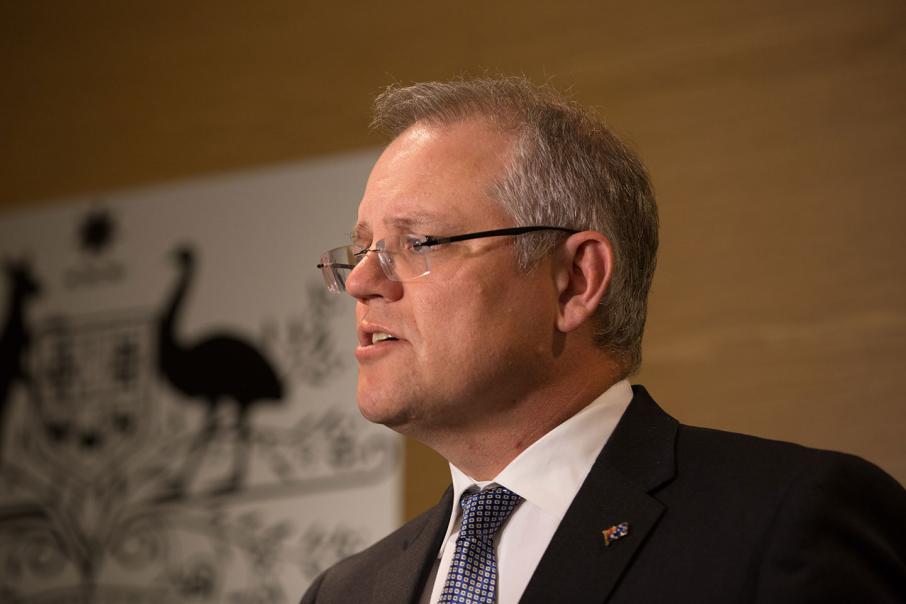 Prime minister designate Scott Morrison has admitted his party was battered and bruised this week, but committed to focus on unifying the country, with a review of the government's drought response his number one priority.

Mr Morrison, who represents the southern Sydney seat of Cook, will be sworn in as Australia’s 30th prime minister, after winning a party room ballot 45 to 40, while Victorian Josh Frydenberg was elected deputy leader.Julie Bishop, who represents the seat of Curtin in the western suburbs of Perth, was the first eliminated in a three-way tussle with Mr Morrison and former home affairs minister Peter Dutton.Earlier, a spill motion was carried against Prime Minister Malcolm Turnbull narrowly, also by 45 to 40.

The closelessness of that margin surprised many commentators, and was taken as a sign that Mr Turnbull had held strong support within the party.

“There’s been a lot of talk this week about whose side people are on in this building,” Mr Morrison said.

“What Josh and I are here to tell you, as the new generation of Liberal leadership, is we’re on your side.

“The value and beliefs that we hold is what connects us all.”

A key flavour of the speech that stood in stark contrast to Mr Dutton’s purported anti-immigration platform was that Mr Morrison said he respected Australia as a country where people had come from around the world.

“Regardless of our ability or circumstances, we’re here to make a contribution rather than take one,” he said.

“(We believe) that in order for you to do better, you don’t think that someone has to do worse.

“We believe that the best form of welfare is a job.

“We should decide our own future as individuals.

“But everyone needs to play by the rules in this country, whether you're a big businesses setting electricity prices or loaning money … or you are parking a car on the street.”

The spill comes after an extraordinary week in Canberra.Media had reported former home affairs minister Peter Dutton had been gathering numbers over the weekend for a challenge.Mr Turnbull then called a surprise leadership battle on Tuesday, which he won 48 to 35.But that did not prevent the forces against him continuing to destabilise his leadership.

He dug in on Thursday, ensuring Mr Morrison would have an opportunity to gather support for the vote.

In one of the more extraordinary scenes of the day, NSW Senator Arthur Sinodinos, who had been fighting cancer, accompanied the prime minister into the party room meeting vote on the spill.Optimistic messageMr Turnbull said some of his proudest achievements as prime minister had included major income tax reform, legalisation of same sex marriage, resurrecting the Trans Pacific Partnership, the National Redress Scheme for child sex abuse survivors, major investments into the defence force, and shepherding the deal to resettle people from Nauru and Manus in the US.He also listed infrastructure investments, particularly Snowy Hydro 2.0, which he described as the biggest renewables project since Snowy Hydro 1, the Melbourne to Brisbane inland rail and Western Sydney Airport.One topic he said he was particularly proud of was the move towards city deals, which he said offered more coherent financing of infrastructure projects.

“It may surprise you on a day like this but I remain very optimistic and positive for the Australian people," Mr Turnbull said.

"I hope Malcolm knows that I have always respected him as a formidable opponent, as an advocate of great intellect and eloquence and as someone who came to parliament, relatively late in life, because he was driven by the desire to serve," Mr Shorten wrote."Australian politics will always need people like that, on all sides. "The final observation I would make may seem a small thing but I believe it says a great deal.  "On many occasions, Malcolm and I would speak at the same events."I don’t think any Australian prime minister has used the word ‘love’ more frequently in his public remarks."Anyone who listened to him speak could always hear his deep and profound love for his wife, Lucy, for their children and grandchildren."But also his abiding love for our country." 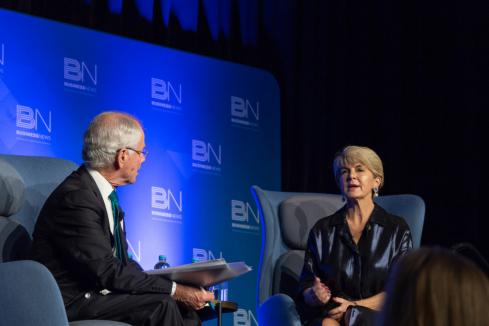 Julie Bishop on leadership, women and her future