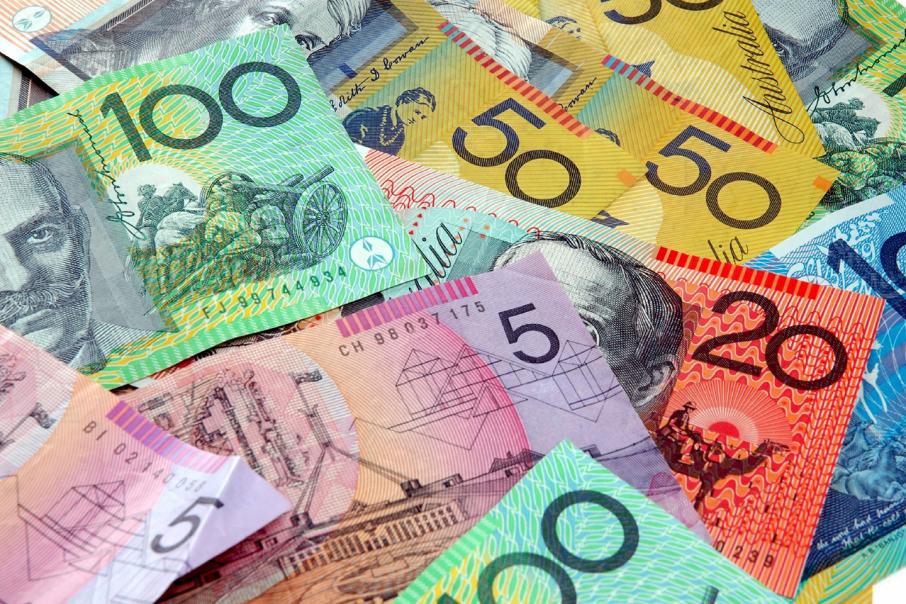 Woolworths has scored a stunning win after being cleared of acting unconscionably by demanding retrospective payments from suppliers to plug a hole in its profits, but the victory may prove pyrrhic if the case leads to renewed calls for tougher competition laws. The Fin

Santos is hiving off its second-tier assets and opening up its gas plants to third parties as chief executive Kevin Gallagher steps up action to accelerate cost, reduce debt and recoup lost value. The Fin

Fortescue Metals Group chairman Andrew Forrest insists his company can continue to deliver the twin goals of high growth and high yield to shareholders. The Fin

Labor blow to economy after GFC

A damning Treasury-commissioned independent review of the former Labor government’s unprecedented spending response to the global financial crisis has found it was a “misconceived” waste of money, fundamentally weakened Australia’s economy, almost destroyed parts of the manufacturing sector and inflicted more long-term harm than good. The Aus

Malcolm Turnbull has described Australia’s first economic contraction in half a decade as a “bump in the road” while pleading with the Labor Party to back a deep cut in the company tax rate. The West

Chevron to spend $2b to complete Pilbara LNG projects

Chevron plans to spend about $US2 billion ($2.67 billion) next year to complete the Gorgon and Wheatstone LNG projects in the North West. The West

Page 1: Woolworths has scored a stunning win after being cleared of acting unconscionably by demanding retrospective payments from suppliers to plug a hole in its profits, but the victory may prove pyrrhic if the case leads to renewed calls for tougher competition laws.

An emissions intensity scheme on the electricity sector is the best option in terms of cost to the economy, impact on power prices and avoiding power blackouts – but the Turnbull government rejected the idea, despite being advised of these benefits.

Page 4: The renewable energy-reliant states of South Australia and Tasmania have been singled out as the biggest threat to Australia’s energy security, according to the first findings of the Finkel Review to be tabled at the Council of Australian Governments meeting in Canberra on Friday.

Page 5: A report disputing the impact of Labor’s fiscal stimulus during the global financial crisis will be released today as the Turnbull government moves to pre-empt calls it should spend more to combat the slowing economy.

The world is staring down the barrel of radical changes to company tax, and jaw-droppingly low headline rates of 15 per cent in the US and Britain might be just the start, visiting German professor Wolfgang Schoen says.

Page 10: Japanese Prime Minister Shinzo Abe is likely to visit Australia in January to discuss the next steps in the South China Sea dispute. He will also discuss the Trans-Pacific Partnership, as part of a tour of South East Asian countries, according to Japanese media.

A former Spotless CIO has been awarded almost half a million dollars after the Victorian Supreme Court found the business had failed to honour an oral agreement with him over termination.

Page 11: Legal practices in the big four accounting firms are gaining traction with a doubling in team sizes and a number of high-profile recruits as clients look for a one-stop shop.

Page 14: Russia sold an $US11.3 billion ($15.1 billion) stake in its largest oil producer to commodity trader Glencore and Qatar’s sovereign wealth fund in a triumph for President Vladimir Putin, who announced the deal on state television.

Chinese demand for imported coal and iron ore surged in November, showing its strongest performance for the year and suggesting growth in the world’s second-biggest economy will remain strong into 2017.

Page 15: Santos is hiving off its second-tier assets and opening up its gas plants to third parties as chief executive Kevin Gallagher steps up action to accelerate cost, reduce debt and recoup lost value.

Insolvency firm McGrathNicol has released its report on the financial state of troubled law firm Slater & Gordon concluding that a restructure may be required subject to further forecasts about its financial performance.

The new chairman of fund manager Dion Hershan’s $8 billion Yarra Capital Management venture argues that companies need to be more growth-oriented as the Australian economy recovers from its weakest quarter since 2008.

Page 17: The legal teams of three of Australia’s biggest banks will appear in the Federal Court in Melbourne on Friday to argue they should be allowed to defend themselves separately against claims they manipulated the key financial benchmark, the bank bill swap rate.

Network Ten chairman David Gordon has taken aim at Facebook and the social media giant’s inability to control fake news being advertised and distributed across its platform.

Macquarie Group is part of a consortium that will buy a 39 per cent stake in British gas distributor National Grid as part of a £3.6 billion ($6.8 billion) deal.

Property developer and mining contractor Watpac has lashed insolvency firm KordaMentha after launching legal action against three of its partners as it seeks $3.2 million for work on an iron ore mine.

Page 19: Commonwealth Bank of Australia says it is willing to pay Apple a fee for use of the iPhone’s payments infrastructure, but insists the technology giant gives the CommBank app access to the smartphone’s antenna, to allow for tap-and-go payments.

Reductions in property costs, further outsourcing initiatives and streamlining of IT systems are expected to drive more than $250 million a year in cost savings at insurance giant IAG by the end of 2019.

AMP’s China joint venture has been listed among 21 investment managers for the country’s provincial pension fund assets, putting it in a strong position to win a slice of an initial 400 billion yuan ($78 billion) in grants.

Page 25: Former Melbourne Football Club utility back Joel McDonald will list his GetSwift logistics business on the ASX on Friday, ironically providing the best-ever exit to BlueChilli, the start-up incubator with which McDonald fell out earlier this year.

It’s blown up $210 million in market value and in January will ditch its listing on the ASX, but the boss of Intueri Education says it has strategic plans in place for 2017 and will emerge as a survivor in the great listed education wreckage on both sides of the Tasman.

Page 27: Fund managers are divided on whether listed investment company disclosure requirements are sufficient, as some LICs wait a full two weeks after the end of the month to update investors even though daily pricing is within reach of most managers.

As iron ore prices eclipse $US80 per tonne, Australian mining companies have China to thank for a lucrative oversight.

Goldman Sachs is overweight ASX200 for the first time in over a decade, citing an appetite for cyclical stocks, but warns investors will only be profitable in 2017 by investing in quality individual stocks, rather than jumping on market themes.

Page 1: A damning Treasury-commissioned independent review of the former Labor government’s unprecedented spending response to the global financial crisis has found it was a “misconceived” waste of money, fundamentally weakened Australia’s economy, almost destroyed parts of the manufacturing sector and inflicted more long-term harm than good.

Australia’s biggest insurer, IAG, has told its 10,000-strong local workforce that some of them will be replaced by robots as it looks to strip $250 million in costs from 2019.

Page 2: The “mess” of the electricity systems in Europe with dramatically raised power prices and uncertain supply will occur in Australia unless plans to go it alone on carbon pricing or extend renewable energy targets face “rigorous cost-benefit analysis”, a new study has found.

Left-leaning think tank The Australia Institute has been accused of fudging economic facts in a report where it suggested that imposing a coalmining moratorium would have a minimal impact on jobs and the economy.

Page 4: A surprising lift in the trade deficit has led to doubts about rising commodity prices rescuing economic growth and reinforced calls for the federal parliament to pass corporate tax cuts that are expected to boost investment and jobs growth.

Page 21: Santos managing director Kevin Gallagher has given a stinging assessment of the way the struggling energy company was being run when he joined 10 months ago, saying technical and operating knowledge was lacking, it was still structured for high oil prices and that there was a low level of central governance around decision-making.

Fairfax Media has received an offer from an anonymous suitor for its New Zealand business in an opportunistic attempt to seize the assets before they are potentially merged with NZME.

Mining giant BHP Billiton has renewed its investment in one of the nation’s largest industry and government public education partnerships, devoting an additional $7 million towards ensuring students in the Pilbara get the same opportunities as those in Perth.

Page 29: Royal Dutch Shell said yesterday it had signed an agreement with Iran’s state oil company to explore future projects, signalling that giant energy companies are unlikely to be deterred by US president-elect Donald Trump’s pledge to undo the Iran nuclear deal.

The CEOs of AT&T and Time Warner yesterday defended their proposed $US85 billion ($113bn) merger to politicians, trying to navigate a tricky political landscape in which president-elect Donald Trump has expressed hostility to the deal.

Page 14: Labor would impose key performance indicators on senior public servants, with the threat of a 20 per cent pay cut if community rates of drug use, disease and domestic violence went up.

Page 18: Some fixed-rate home mortgage loans have jumped almost a full percentage point in the past week, which suggests the years of record low interest rates are over.

Page 21: Young West Australians are finding it almost twice as difficult to find a job than older people and full-time employment opportunities for young people are declining, a youth affairs group says.

Page 23: Malcolm Turnbull has described Australia’s first economic contraction in half a decade as a “bump in the road” while pleading with the Labor Party to back a deep cut in the company tax rate.

Page 25: Colin Barnett has snubbed Mark McGowan’s offer of a gentlemen’s agreement not to negotiate wage deals with unions during the caretaker period.

Page 66: Chevron plans to spend about $US2 billion ($2.67 billion) next year to complete the Gorgon and Wheatstone LNG projects in the North West.

ASG Group looks set to start 2017 as a new company after shareholders yesterday comprehensively ticked off on the IT services company’s $349 million takeover by Japanese firm Nomura Research Institute.

China Hanking Holdings will today take to the Perth Warden’s Court in a bid to clear the path to selling its WA goldmines.

Page 67: Australian Submarine Corporation in Henderson will grind to a halt today because of a three-day strike by workers.