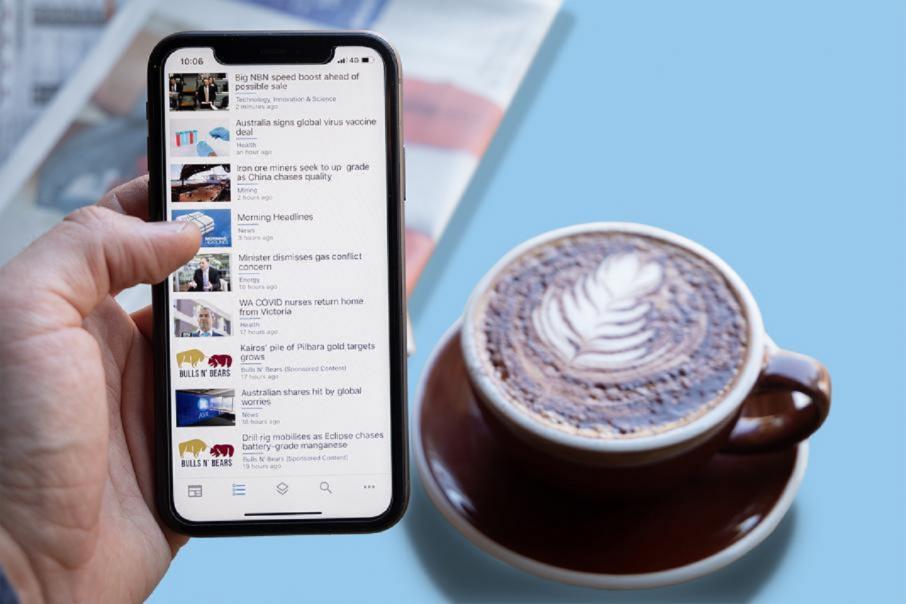 Only 12 government backbenchers have publicly thrown their support behind a target of net-zero emissions by 2050, highlighting Scott Morrison's internatl difficulties in bringing the Coalition behind the policy before the Glasgow climate conference. The Aus.

The pace of WA’s vaccine rollout has stalled as Mark McGowan vows to continue resisting pressure to open the border to NSW and Victoria in time for Christmas. The West.

The premiers of Australia’s two largest states are expected to use their population and economic clout to push holdout states to reopen their borders before Christmas. The Fin.

Treasurer Josh Frydenberg has given the green light for regulators to crack down on high-debt home loans to reduce financial risks from record low interest rates and surging property prices. The Fin.

MinRes HQ to raise the bar

Getting staff to return to the office is a challenge many employers are grappling with but Mineral Resources may have the trump card — a new headquarters that incorporates luxuries hard to replicate at home. The West.

Vaccination is working to reduce the number of people requiring hospitalisation and ICU treament with Covid-19, and now the pressure on the hospital system looks set to be markedly less than predicted by government-commissioned modelling. The Aus.

The threat of a cashed-up rival bidder – which some say may have been PayPal – spurred Square to strike its $39 billion deal with Afterpay early last month, a new regulatory filing by Jack Dorsey’s payments behemoth has revealed. The Fin.

Olympian Georgia Wilson wants Adventure World boycotted if the theme park does not change its policy of “body-shaming” patrons by making them weigh themselves before getting on its rides. The West.

Sigma Healthcare’s biggest shareholder is seeking support for board changes over the company’s decision to wage a bidding war for Priceline owner Australian Pharmaceutical Industries, just two years after dismissing an offer from the target that he says would have been better for shareholders. The Fin.

Both sides victors in German poll

Germany could be facing weeks of political wrangling and uncertainty following the weekend election, after the centre-left Social Democrats (SPD) and the conservatives both claimed the right to build a new government to rule Europe’s biggest economy. The Fin.