More needs to be done to encourage savings self-sufficiency if policymakers want Australians to carry the financial burden of extended retirement years themselves. 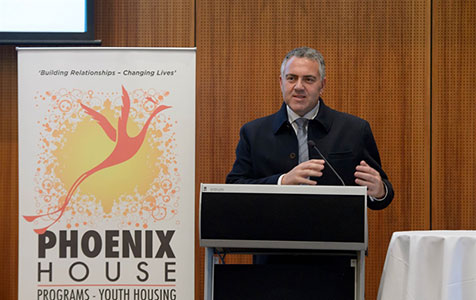 Treasurer Joe Hockey has dismissed a proposal to lift the retirement age to 70.

For readers still feeling frazzled and worn out by the Christmas rush, the prospect of an early retirement might suddenly possess an alluring appeal.

But late last year saw two reports published; the first by the Melbourne-based Grattan Institute and the other by the Federal Government’s main research and advisory body, the Productivity Commission.

Both suggested that the qualifying age for the Commonwealth aged pension should be raised from 67 to 70 years.

The Grattan Institute’s report argued that due to rising longevity of Australians, government finances were likely to be severely strained over coming decades.

In 1908, when Alfred Deakin's Liberal government introduced a pension of 10 shillings a week for workers aged 65, the average male of that age had lived to only 76.

In the case of the average female life expectancy after the 65th birthday presently stands at 21 years.

This naturally begs the question: if future 65-year-olds will spend twice as long in retirement than in the first decade of last century, who’ll be paying?

The results of the Essential Poll released of 3rd December last, showed 70 per cent of respondents disapproving of the Productivity Commission’s recommendation to lifting the pension age to 70 years.

Only 24 per cent approved.

Women were 76 per cent more likely to disapprove than men (64 per cent), with no major differences within income earning groups.

Only 20 per cent of the respondents disclosed that they intended to retire after the age of 65.

It is noteworthy, however, that the pension eligibility age is already set to rise from the present 65 to 67 years by 2023, a decision announced in 2009.

But despite opposition within Australia, the idea of lifting the retirement age appears to be catching on overseas.

On December 4, the United Kingdom’s Chancellor of the Exchequer, George Osborne, announced a new rule whereby the pension age would be linked to average life expectancy.

It is to be set with the aim of ensuring people spend no more than a third of their expected lifespan drawing pensions.

The Government has already said that the state pension age is to rise to 66 by 2020 and 67 by 2028, with these dates not changing.

However, these reforms mean that the date at which the state pension age would rise to 68 will be brought forward to the mid-2030s, thereby impacting upon all who are presently in their late 40s.

An increase in the UK retirement age to 69 is expected to fall in the mid 2040s, potentially affecting those presently in their late 30s, while those in their late 20s are likely to have to work until their 70th birthdays in the 2050s.

However, not all experts are convinced that simply lifting the pensionable age is the only way of tackling the cost of Australia’s ageing population.

Australian Institute of Superannuation Trustees chief executive Tom Garcia cautions that jobs were not always there or even appropriate for older workers, particularly those in physically-demanding roles.

The chief executive of the Association of Super Funds of Australia, Pauline Vamos, said: “While retaining these workers is good in theory, the reality is a lack of jobs for older workers would most likely see many individuals in this age group forced to apply for the Newstart allowance in order to survive.”

Ms Vamos added that upping the age could push people in their late 60s onto the disability pension and policy makers should consider the cost of such an outcome.

ASFA has suggested alternative approaches, including continuation of tax concessions for superannuation contributions and greater flexibility on contribution caps to allow people, especially women, to catch up in their retirement savings wherever possible.

Also, when examining inconsistencies in some of Australia’s arcane super laws, it appears that insufficient thought has been given to the existing measures designed to lift the pension age to 67.

For example, when super fund members are 65 or older, and do not pass the work test, it can lead to a breach of the contribution rules as these members are then unable to contribute to their fund.

And Treasury already has plans in place for a pension squeeze, with the proposed 1 January 2015 start date for Centrelink treatment of account-based pensions.

This means superannuation members now only have 12 months to commence an account-based pension, narrowly avoiding the Centrelink income test of their pension funds.

Australia currently has a superannuation savings gap of $1,063 billion – so a whopping trillion plus dollars - which is the difference between what is actually being saved through super and what is needed to sustain a comfortable lifestyle after retirement.

Consequently far more effort needs to be made to encourage savings self-sufficiency if policymakers want Australians to carry the financial burden of extended retirement years themselves.