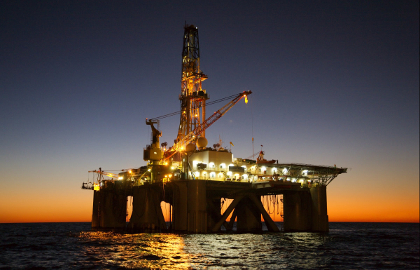 Woodside Petroleum and its joint venture partners have been given an extra year to finalise their plans for the $30 billion Browse liquefied natural gas project near Broome.

The company and joint-venture partners BHP Billiton, BP, Chevron and Shell had been aiming to make a final decision to proceed with the project by mid-2012, but are now aiming for the first half of 2013.

To change the date, the federal and state governments had to approve Woodside's request to amend conditions of the leases that covered its Browse Basin gas fields in the Kimberley region of WA.

Woodside said today that approval had been granted.

The condition that project proponents demonstrate a readiness to proceed by a certain date is designed to ensure that companies don't just sit on gas leases without developing them.

The company flagged the possibility of an extension in December.

Woodside said it needed more time to evaluate the outcomes of front-end engineering and design work and the results of a tender processes for the development's major contracts.

In addition, Woodside is seeking to address a range of issues raised by environmental, indigenous and local community groups.

WA Mines and Petroleum Minister Norman Moore said it was strongly expected that the joint venture would meet the revised timeframe.

Federal Resources Minister Martin Ferguson said the project was complex and the joint venture now had extra time to address the barriers to commercialising it.

The planned multi-user gas processing hub at James Price Point, north of Broome, has been hotly opposed by environmentalists and some in the local Aboriginal and Broome communities.

The Australian Greens have called for the project to be moved to a more appropriate location, while the Wilderness Society said Browse Basin gas should be piped to the existing North West Shelf facilities at Karratha.

Senator Rachel Siewert today said the delay offered another opportunity for the contentious project to be shifted away from James Price Point.

“Time, resources and money have been wasted on plans to locate the LNG factory at James Price Point,” she said.

“This is despite the fact that other locations exist that are already serviced by existing communities and infrastructure.

“While it is clear the WA government favours James Price Point as a development site in order to pave the way to further industrialisation of the Kimberley, the joint venture partners must see the inherent benefits that come from piping the gas to a more appropriate processing location.”

BHP Billiton has previously hinted a reluctance to proceed with Browse if it meant its values and standards would be compromised.

Mine Life Pty Ltd senior resources analyst Gavin Wendt said it was better for Woodside to extend timelines for the project than to miss to an unrealistic target date.

The market preferred companies that under-promised and over-delivered, but in recent years, Woodside had been doing the opposite, Mr Wendt said.

The company had disappointed with delays and cost blowouts at its Pluto LNG project, also in WA, which was about to begin exports some 15 months later than initially planned.

Doubts remain about whether Woodside can find or buy enough gas to underpin an expansion of Pluto.

"Over the last couple of years, they've really dropped the ball as far as project development is concerned," Mr Wendt said.

"And they've (Woodside) also dropped the ball as far as exploration is concerned."