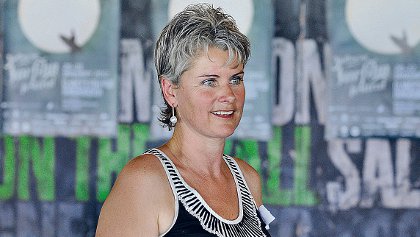 RE-ENTRY: Jesca Maas started the Yallingup Surfilm Festival in 2010 and has launched the second event, to be held in January. Photo: Grant Currall

BASED in the South West and with film titles including ‘Finnsurf’, ‘Come Hell or High Water’, and ‘Minds in the Water’ in its line up for next year, the Yallingup Surfilm Festival is pitching to the right market.

The festival also includes a filmmakers’ forum and a surf culture forum, with daytime films to be screened at local Dunsborough yoga cafe Samudra.

A trail of surfboard paintings will be exhibited in cafes and retailers in Perth, Dunsborough, Margaret River and Yallingup for six weeks prior to the event before being auctioned, the proceeds of which will support SurfAid International, an organisation that aims to improve the health, wellbeing and self-reliance of people living in isolated regions popular with surfers.

Local charity Disabled Surfers WA Southwest will also be supported with the proceeds from a fancy dress surfing competition.

Jesca Maas is the driving force behind the festival. She organised the inaugural Busselton-based CinfestOZ and said the Surfilm Festival was a response to demand in the community for a local summer film festival.

“There are a lot of surfers down there and they said it would be great to do something with surf culture. We haven’t had a surf film come through for a long time, there hasn’t been a meeting place away from the water for a long time,” Ms Maas said.

With her son a keen surfer, Ms Maas said witnessing the benefits of his involvement in the sport gave her further encouragement to run with the ‘surf’ theme.

She has grown the festival by gaining support from the state government’s Eventscorp, Screenwest, Lotterywest and Royalties for Regions funding streams, and corporate partners.

Ms Maas said a strong environmental and philosophical vein ran through the event, with the involvement of surfers-cum-activists such as professional surfer Dave Rastovich, who aims to highlight marine and coastal-related environmental issues in his work.

Nine films will feature over the course of the event, held from January 20-22.

Ms Maas hopes the film festival will be as successful as the inaugural Yallingup Surfilm Festival, which attracted a near sell-out crowd of 1,500 people across the first two nights.

“It is a meeting place for people of all ages ... they are surfers and non-surfers, lovers of the ocean and lovers of film. It is a great mix,” she said.