More govt departments heading out to the 'burbs 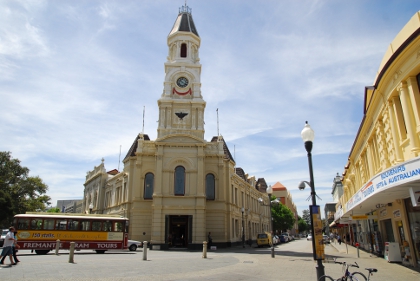 Fremantle is one of three suburban locations set to become the new home for a government department.

Fremantle, Stirling and Murdoch are set to receive an economic boost, with the state government announcing plans to relocate 80,000 square metres of office space from the CBD to suburban locations.

The announcement today by Finance Minister Simon O’Brien is the second phase of the state government’s plan to save costs by moving agencies that don’t need to be in the CBD out of the city.

Mr O’Brien said the moves would stimulate economic and social activity in suburban areas and result in improved public access to services.

City of Perth Lord Mayor Lisa Scaffidi said more commercial space being made available should help to alleviate a shortage of office accommodation in the CBD.

“Consolidation of some government leases into locations such as Westralia Square will stimulate the rental market,” Ms Scaffidi said.

“This may draw more and varied businesses into the city as well.”

Fremantle MLA Adele Carles said basing the Department of Housing in the port city was “great news” for the Fremantle community.

“I am heartened that the government has seen the merits of this proposal with cost savings for government and a very positive economic stimulus for Fremantle,” Ms Carles said.

“This will lead to higher local employment and provide a general fillip to the community.”

“The city has been working very hard to revitalise the Fremantle CBD and we see this decision as a show of support for our recent planning amendments and other strategies to encourage more people to live, work, shop and recreate in Fremantle,” Dr Pettitt said in a statement.

The state government originally announced plans to relocated 5,000 public servants from the city to suburban locations midway through 2010.

The foundation of the plan is the relocation of 15-20 per cent of current government CBD and CBD-fringe office leasing commitments to suburban locations.

Potential locations to house government departments have been determined largely though the government’s planning framework, Directions 2031, and its network of Activity Centres.

The government is working towards annual savings from the first stage of the plan of $20 million to $25 million per year by 2015, Mr O’Brien said.

Mr O’Brien also said further plans were being formulated to relocate other government agencies to Joondalup.

A business case is also being prepared for the development of a new office building at the Dumas House precinct in West Perth, as announced in the first stage of the plan.

The original plan from 2010 proposed to construct two 10,000 square metre towers on the existing carpark to house the premier and all ministers and the Departments of the Premier and Cabinet and Treasury.