Frustration is mounting among developers in South Perth as they are forced to reassess projects after the second major change to the suburb’s town planning guidelines in the past six years. 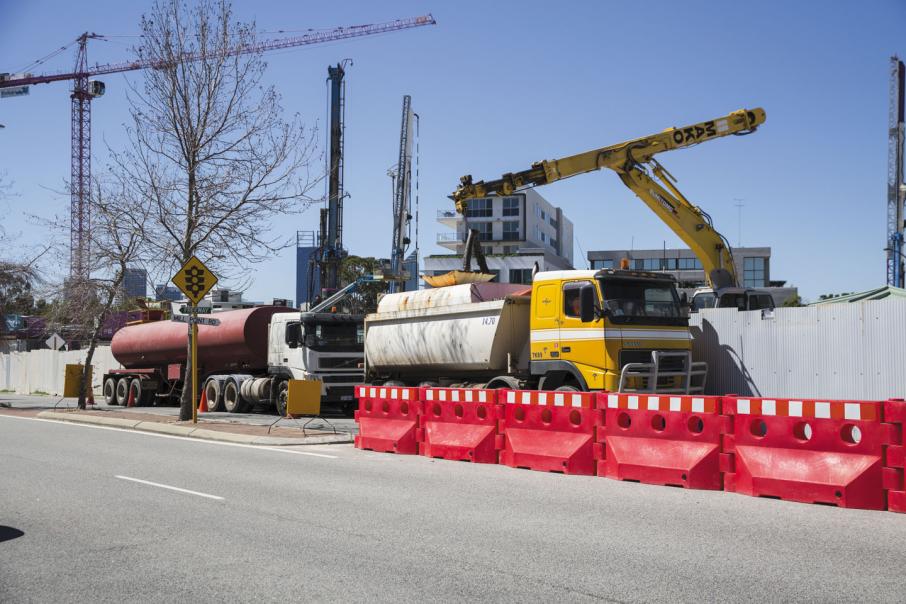 Finbar has been forced to bring in water trucks to address dewatering issues at its Aurelia site. Photo: Attila Csaszar

Frustration is mounting among developers in South Perth as they are forced to reassess projects after the second major change to the suburb’s town planning guidelines in the past six years.

The state’s largest apartment developer, Finbar Group, spooked the market earlier this month when it announced its flagship $400 million, 294-apartment Civic Heart project would not go ahead in its original form, and would be scaled back to be a significantly smaller development.

Finbar blamed ongoing uncertainty with planning rules for its inability to secure sufficient sales to substantially commence the project before its development approval expires in May.

The first guidelines allowed developers to build to unlimited heights across a large portion of South Perth, known as the South Perth Station Precinct, if their proposals were predominantly commercial.

However, after a wave of proposals was lodged that exceeded the scale of the council’s vision, and sparked a groundswell of community opposition – including a Supreme Court challenge to one building’s approval – the City of South Perth moved to reinstall height limits last year.

However, Planning Minister Donna Faragher quashed the council’s ambition for a 26-level height limit late last year, requesting several changes to the proposed amendment before it could be approved.

One of those changes was to allow for taller buildings to be built if developers met a stringent set of design principles.

At the same time, developers were marketing projects in what has been widely considered to be a difficult sales market for apartments in Perth, notwithstanding any planning uncertainty.

Finbar has refunded deposits at Civic Heart and said it would redesign the building in light of the new guidelines, flagging last week a building with 70 less apartments than its original plan.

Zone Q Investments project manager Andrew Wilkinson said the developer would be looking closely at its 88 Mill Point Road proposal to see if it fitted with the new guidelines, before it made a decision on whether to proceed with pursuing a fresh approval.

“We need to sit down and work out exactly what Amendment 46 in its final gazetted form entails, and we need to make a call from there,” Mr Wilkinson told Business News.

“I couldn’t give any timeframes, but we believe in the area so we’d like to do something there.”

Sirona Capital is another developer to have proposed a major project in South Perth – the 39-storey Glasshouse on the corner of Lyall Street and Labouchere Road.

Marketing has not yet commenced at Glasshouse, despite it being approved in early 2015, while Sirona lodged an application in January to extend its development approval, which would have expired in March.

“The reality there is, with all of the past 18 months of there being planning uncertainty, that has really meant we couldn’t go ahead with marketing of the development,” Sirona Capital managing director Matthew McNeilly said.

“Now it has been cleared up, we can start to market the project in the near term.”

However, according to the South Perth Peninsula Action Group, Amendment 46 should not be the only concern for developers in South Perth.

The group has been documenting issues with flooding at properties in close proximity to Finbar’s Aurelia project on Mill Point Road, where groundwater has been pumped out for the last six months.

Several basements have reportedly flooded, while jacaranda street trees have died in the past three months.

Finbar said dewatering at Aurelia had not been the cause of the flooding, and had been undertaken in accordance with the site’s management plan.

But its construction contractor, Hanssen, told media last week that a requirement to not release groundwater into storm water drains had caused the flooding issues.

Finbar managing director Darren Pateman said he did not anticipate any dewatering issues at Civic Heart, should the developer proceed with a new project.

“The high watertable in South Perth has always been known, and therefore Civic Heart was engineered accordingly,” Mr Pateman said.

Mr Wilkinson said water was not a concern for Zone Q’s proposal at 88 Mill Point Road, which did not have a basement.

Likewise, Edge Visionary Living’s plan for its contentious Lumiere apartment development at 74 Mill Point Road is not expected to run into issues, with the site understood to have different geological conditions that would allow for better drainage.

Mr McNeilly said while Glasshouse had a similar basement component to that at Finbar’s Civic Heart, no dewatering issues were anticipated.

“We’ve engineered it in such a way that should not be a problem,” he said.

“We’ve exactly known where the watertable is, it hasn’t all of a sudden risen a couple of metres in the last month or two, although there has been a lot of rain around, but that’s not how it works.

“We’ve done our geotechnical investigations and know what’s there, so we’re confident that we have a proper engineered solution for it, so I don’t think that will slow us down.”

For the wider apartments market, prolific developer Paul Blackburne said Finbar’s problems at Civic Heart would have both negative and positive ramifications.

Mr Blackburne described Finbar’s decision to scale back Civic Heart as a tragedy for the area, laying the blame at the feet of the South Perth council for ‘flip-flopping’ on planning guidelines.

But what would be positive for other developers, Mr Blackburne said, was the fact that Finbar had refunded around $15 million worth of deposits.

“It will spook some people, but it also has released a lot of people back to the market,” Mr Blackburne told Business News.