You don't have to be in retail to know that times are tough for shopkeepers, their staff and their landlords, but what you might not know is that conditions are probably going to get worse before they get better. 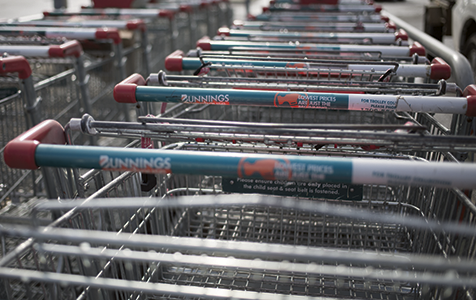 YOU don’t have to be in retail to know that times are tough for shopkeepers, their staff and their landlords, but what you might not know is that conditions are probably going to get worse before they get better.

The only hope on the horizon, according to an analysis of the Australian retail sector by investment bank Citi Global Markets is that rising property prices might make homeowners feel richer and therefore likely to spend more.

Given the degree of nervousness in the community about the property recovery, and the danger that it’s a bubble that could burst if interest rates go up as fast as they have fallen, then the “feel richer” argument feels like grasping at straws.

The problems of retail are so profound it seems more likely the industry is at the start of a major shake-out which will affect everyone involved – even the biggest operators such as the Coles and Bunnings divisions of Wesfarmers, which are facing pressure on employee wages as a new retail award brings them into line with competitors.

More on the special cost pressures facing Wesfarmers later, first a look at what Citi sees in its retail crystal ball as revealed in the latest edition of its “What’s In Store” newsletter.

The list of woes starts with the sharp decline in profit margins, which has squeezed every retailer on a list of 27 analysed and caused the bank tell its clients with exposure to retail they should sell most of the listed companies on the stock exchange.

“The pressure is on,” Citi said. “The currency gains are over. Wages growth is a worry and sales growth needs to accelerate to prevent another year of declining margins.

“We are bearish on stocks with sells on most, including David Jones, Myer, Wesfarmers and Woolworths.”

The core issue is that consumers have either cut back on their retail spending, or they’re spending elsewhere, which is one way of describing the pervasive effect of the internet and increasing comfort and satisfaction levels when it comes to dealing with online retailers.

Overall, Australian retail sales grew a modest 3 per cent in the financial year to June 30. Supermarket sales were up 4 per cent, while non-food retail crept up by just one per cent.

“The same dynamic is likely in the current financial year. With moderate household income, the onus falls on wealth effects through higher house prices. A positive wealth effect may lead to a lower household savings rate to drive retail spending.”

The Citi analysis showed a modest shuffle in market share between the major retailers. Coles, in the food and liquor category, lifted its overall share of the market from 25.9 per cent in the 2012 financial year to 26.2 per cent, which was slightly better than Woolworths, which rose from a 36.6 per cent share of the market to 36.8 per cent.

Country Road was the big winner in the clothing and footwear sector, rising from 2.1 per cent to 3.6 per cent. Harvey Norman was the big loser among electrical retailers, sliding from a 21.4 per cent market share to 20.2 per cent, with JB Hi-Fi taking most of that loss as its share rose from 17.6 per cent to 18.6 per cent.

For landlords, the pressure on retailers is bad news, with Citi noting that some of the bigger shop operators had successfully negotiated rent reductions. Speciality Fashion Group won a 12 per cent rent discount and Premier Investments secured a 6 per cent cut.

One cost hitting everyone in retail is wage pressure, with retail wage growth said to running at 3 per cent a year, with the added pressure on a new general retail award (GRA) bearing down.

Citi said most securities exchange listed retailers had not fully harmonised with the GRA.

The award is being introduced progressively, Citi said, but from next July all retailers had to be in line.

The bank’s overall view is that financial 2013 was “another soggy year”, that there are no more easy gross margin gains because costs are rising faster than sales, and there is pressure on wage costs and inventory levels – pointing to 2014 being a year of “heightened discounting”.