Western Australia has experienced the nation’s highest rate of births, but the second biggest percentage fall in overseas migrants, taking the state’s total population to about 2,587,000. 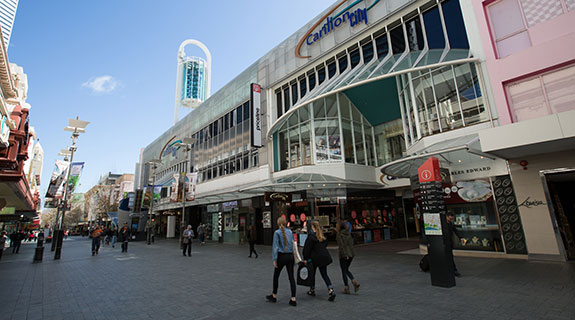 Western Australia has experienced the nation’s highest rate of births and second biggest percentage fall in overseas migrants, taking the state’s total population to about 2,587,000.

According to the latest Australian Bureau of Statistics figures, WA’s population grew in line with the national average by 1.4 per cent, or by 35,300 people, for the year ended March 31 2015.

This rate is the slowest in nearly 10 years.

WA’s population continues to represent about 11 per cent of the national total.

The greater rate of births this year (up 1.8 per cent) stood out nationally compared with decreases across the board, most notably in Victoria, where 7.3 per cent fewer births were recorded.

The number of people moving from overseas to Western Australia fell dramatically by 42.5 per cent (equivalent to 11,400 less people than last year).

Only the Northern Territory recorded a bigger percentage fall in overseas migrants.

People moving to WA from within Australia was also down, with more people leaving WA in the past year for other states and territories than those who moved here, resulting in a net loss of 1,300 people from interstate migration.

ABS statistics also showed WA has slightly more men than women, with males making up 51.1 per cent of the state’s population and women 48.9 per cent.

Along with the NT, where male residents make up 56.2 per cent of the population and women make up 43.8 per cent, WA is one of only two jurisdictions nationally that has more men than women.

The average age of Western Australians is almost 36, which is older than the median age of residents in the NT and the ACT, but younger than every other state and the national average of just over 37.