Perth’s house values will decline for another year but are tipped to recover in 2019, a report released today has found, conflicting with an ANZ analysis from earlier this week that predicted further house price falls for the state in the next two years. 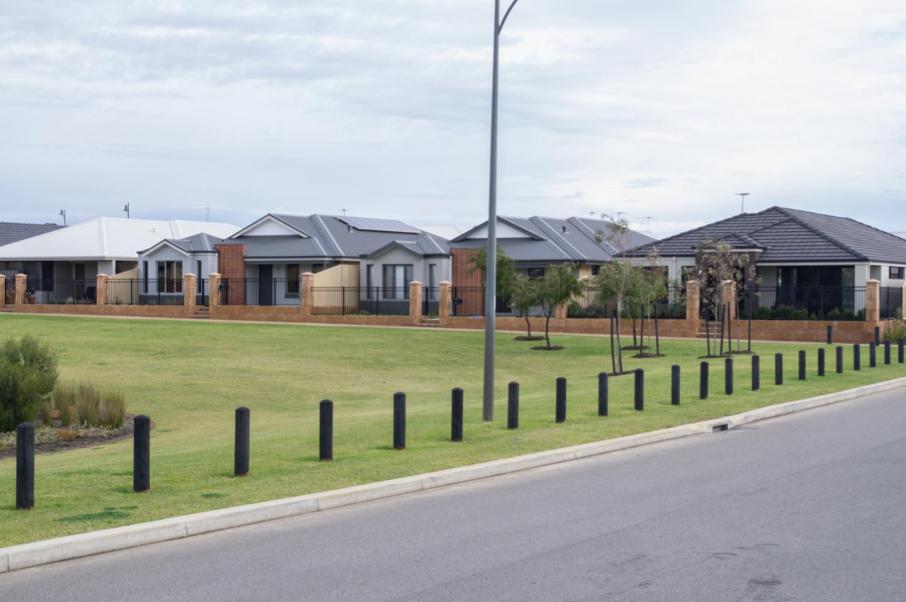 Perth’s house values will decline for another year but are tipped to recover in 2019, a report released today has found, conflicting with an ANZ analysis from earlier this week that predicted further house price falls for the state in the next two years.

The CoreLogic-Moody’s Analytics Australian Home Value Index Forecast anticipates a 0.5 per cent decline for house values in Perth this year before a 2.2 per cent recovery in 2019 – significantly different to ANZ’s estimate of a 3 per cent drop in 2018 followed by a fall of 1 per cent in 2019.

After a period of falling values, the report said, Western Australia’s steadily recovering local economy, including a rebound in commodity prices, a recovery in income growth and more stable population growth, would drive Perth’s home values into recovery.

The report noted that rental values in WA continued to fall, however, building approvals had slowed significantly, signalling an upcoming reduction in housing supply.

Home values across Perth’s north-west market, which comprises Joondalup, Stirling and Wanneroo (representative of trends across greater Perth), have declined close to 10 per cent from a mid-2014 peak, and are forecasted to decline a further 1.8 per cent this year before a 1 per cent recovery in 2019.

The report has also forecast a recovery in the housing market for Mandurah, where home values are now 30 per cent below their 2007 peak.

Mandurah’s home values are expected to decline by about 3.3 per cent before rebounding by 2.2 per cent in 2019. 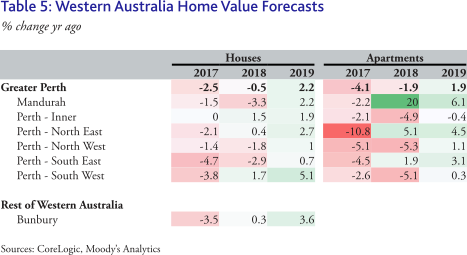 Overall, across Australia the report expects house prices to significantly diverge over the next 10 years; prices in Sydney and some parts of Melbourne are predicted to weaken, whereas values in Adelaide, Brisbane, Canberra and Hobart can be expected to grow, but at a slower rate.

Moody’s Analytics housing economist Alaistair Chan said dwelling values in Australia were seeing slower growth or outright decline as a result of past value increases, which have exceeded income and rental growth.

Past supply increases as well as actual or expected increases in borrowing costs were also contributing factors, he said.

“That said, the worst is over, as less housing supply and Australia’s strengthening economy will support income and rental growth, and thus dwelling values, beginning next year,” Mr Chan said.

CoreLogic research director Tim Lawless said while most recent housing market downturns had been driven by external shocks or higher interest rates, the current downturn was being driven by tighter lending policies, particularly for investors, which were impacting the most expensive and most investor-centric housing markets.