Monitoring an environment of influence

OPINION: The environmental lobby is no less worthy of scrutiny in terms of foreign influence than big business. 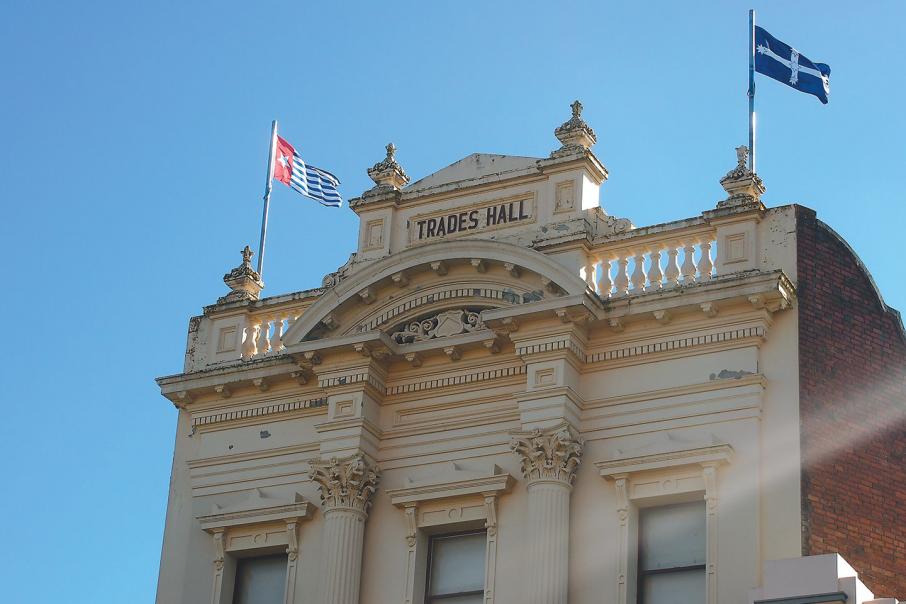 The flag of Cuba flies in Ballarat, arguably the home of Australia’s democracy.

OPINION: The environmental lobby is no less worthy of scrutiny in terms of foreign influence than big business.

Foreign involvement in domestic affairs is a touchy subject.

We worry about influence peddling in politics and the impact of direct investment in land or businesses.

That scale of that concern is also linked to its source – some countries worry us more than others.

At the moment, for instance, Chinese investment in Australia has got many hot under the collar. But that’s just today; look back in history and you’ll find examples of when Japanese, American or British investment was on the nose.

I could go on at length citing controversies around overseas ownership and other foreign interventions in Australian life, yet one area I hear very little about is where offshore charities and lobby groups interfere in local matters.

The environment is one area where it appears local activists rely heavily on leadership from, and funding by, foreign organisations. I have written of this previously, but did note its re-emergence late last year when leaked emails from Hillary Clinton’s campaign manager, John Podesta, exposed big foreign funding and assistance for activists seeking to block the Adani coal mine in Queensland.

While it made the news, it didn’t seem to generate the indignation that other foreign interference does.

I find this of great concern, given environmental activism often results in areas of land or sea being locked away from exploitation of their natural resources. Here we have foreign entities influencing public policy in a way that might limit Australia’s economic potential. No matter how well intentioned anyone in this field may be, I struggle to see why this is any more acceptable than any other form of foreign influence.

I wrote at length in 2009 about US groups Pew Charitable Trusts and The Nature Conservancy setting their sights on environmentally preserving huge chunks of Western Australia, including regions representing more than 20 per cent of the state’s land mass and nearly half its coastal waters.

These two are gorillas of global philanthropy, collectively held more than $12 billion in assets back then.

Since then, Pew has been the more active of the two in WA, putting its name to all manner of projects that cover most of the state. Its website highlights the Kimberley through the Pilbara, Gascoyne, Goldfields and Great Western Woodlands, as well as the South West Marine Region, as areas where it has specific goals to change public policy.

This is an enterprise based in Philadelphia in the US, which is funded by the wealth generated by Sun Oil Company founder Joseph Newton Pew. Its board is stacked with his descendants. It is so nice for these people to be interested in our affairs, but much of what it does affects key industries such as oil, mining and fishing and is clearly directly involved in political lobbying.

Such activity, political by nature, ought to attract as much ire as foreign ownership, and certainly should require far more transparency in terms of how much oversees funding is coming into the country and what lobbying efforts it is being used for.

I visited Ballarat during the recent holiday season, the Victorian mining town that can lay claim to being the home of Australian democracy following the events of the Eureka stockade.

It is easy for a Western Australian to feel comfortable in a town with a strong mining background, and it is interesting to see the wealth generated by gold in the 1880s still obvious in the architecture and other infrastructure.

With the mining all but gone, Ballarat is more of a regional hub trading off the tourists visiting the famous gold rush town; but it has gone as far as to develop the Museum of Australian Democracy at Eureka, where it has recently been displaying the original Southern Cross flag stitched together by the revolting miners.

That the Eureka flag and many of the worthy sentiments of the miners fighting for their rights have been appropriated by others such as thuggish elements of the union movement is a regrettable outcome for those interested in democracy.

The irony of that was not lost on me when, atop the union movement’s local headquarters (Ballarat Trades Hall), I spied the Southern Cross flying alongside the Cuban flag.

With Fidel Castro’s death still fresh, clearly the local union leaders’ need to show solidarity with a communist dictatorship overrode any notion that Cuba’s past and present is in complete contrast to the democratic legacy that Ballarat’s Southern Cross represents.