Rising Stars finalist Monford Group says client satisfaction has been the key to its rapid growth. 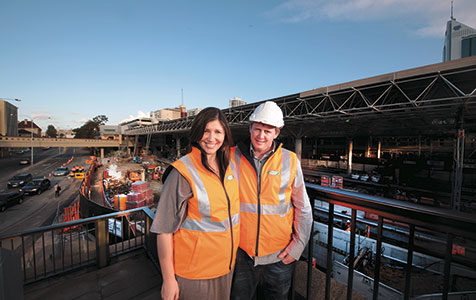 Rising Stars finalist Monford Group says client satisfaction has been the key to its rapid growth.

Barely six years ago, Declan White was one of many Irish backpackers living the dream on the Australian coast.

Today, Mr White is responsible for 200 staff as the founder and head of Monford Group, one of Western Australia’s fastest-growing multi-discipline construction companies.

The group is targeting to grow its workforce to more than 300 by 2016.

Monford has the capability to construct mine site infrastructure, including gas plants, power plants and pipelines, as well as civil construction jobs including structural mechanical and piping, haulage services, plant and equipment hire and labour hire.

It has worked on some of the state’s largest and highest-profile projects, including Chevron’s Wheatstone and Gorgon liquefied natural gas processing facilities, Woodside Petroleum’s Pluto LNG plant, as well as the Perth City Link and the under-construction Gateway WA project.

Since its launch in 2010, Monford’s turnover has risen by 85 per cent, but despite the rapid rise, Mr White said there was no big secret to the group’s success.

“We’ve been able to complete jobs on time and on-budget for the client,” Mr White told Business News.

“When we started off we were getting jobs done ahead of schedule, which is a pretty rare thing in the industry.

“We basically try and operate more efficiently with less downtime and less wastage, and produce a better-quality product.

“That contributed mostly to our growth; clients knew we were dependable, and we could get jobs done quickly with no problems.”

Mr White said the company’s success was also due to the high quality of its employees.

“At the start, a lot of the guys I recruited I already knew personally from working on sites,” he said.

“I just picked the best of them and put them together.

“As the company got bigger, I left it up to the key men who were with me at the start to put together their own teams, and they had the same philosophy as me – they’d have to be very good to come work for us.”

To continue the company’s growth, Monford is expanding its services base with a view to becoming a one-stop-shop for large contractors.

“Instead of the main contractor getting several sub-contractors in to do a job, while we’re there we can deal with several different jobs for them on the one project,” Mr White said.

The past four years has not been without challenges, however, particularly with a slowing down of the resources expansion in the Pilbara.

But while business has slowed down in the north of the state, Mr White said that had presented opportunity in other regions.

“Anywhere we’ve experienced slowdown in the Pilbara we’ve picked up here with infrastructure works in the city,” he said.

“Our biggest challenge is the tender process.

“You have so many firms bidding for the one job so you have to be ahead of the game.

“When you’re tendering, it’s a case of you win some, you lose some.

“You can’t win them all, so you just have to try your best and target the ones you really want.”