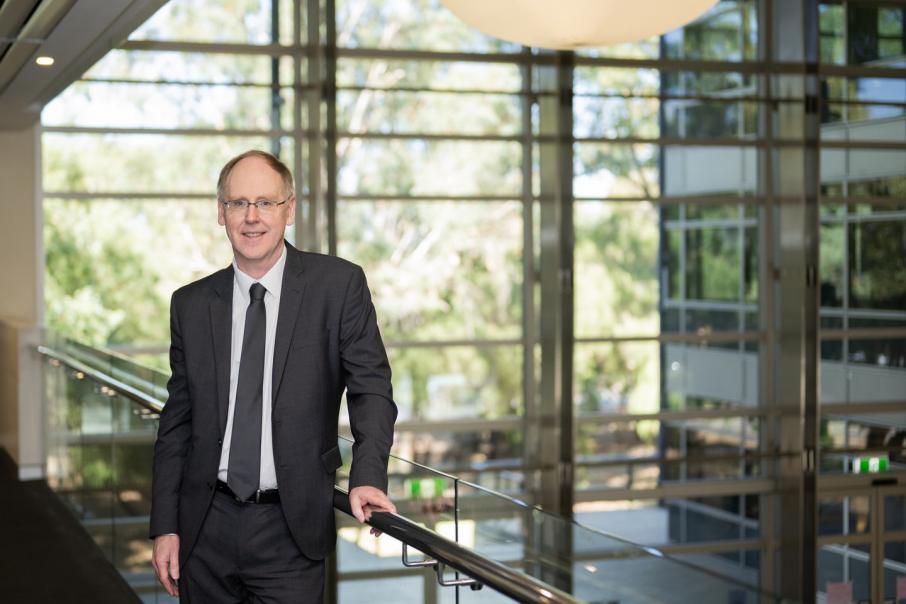 A series of big spending announcements before the federal budget, and recent talk of fuel price controls, should prompt discussion about what’s really behind rising prices.

It has been 25 years since the posthumous release of rapper The Notorious B.I.G.’s chart topping hit "Mo Money Mo Problems".

While that song reflected on the consequences of success, particularly envy, the title could also serve as a cautionary warning for central bankers.

Economic thinking has changed a bit in that time, too.

There’s a principle that ties growth in the amount of money in circulation in a country – including notes and coins, bank deposits, and short-term debts – to the long-term pace of price rises, inflation.

That view seems to have been sidelined in recent years, particularly after the first wave of COVID-19.

The position that inflation may be temporary seems to be retreating.

US Federal Reserve Bank chair Jerome Powell has jettisoned that stance in recent months and outlined his thinking last week at an economics conference.

“The rise in inflation has been much greater and more persistent than forecasters generally expected,” Mr Powell said.

He said forecasters underestimated the severity of supply disruptions, and how much demand for goods would rise while demand for services fell.

The US central bank’s response will be to raise interest rates, possibly in increments of 0.5 percentage points, Mr Powell said, meaning it would be tightening its monetary policy.

Closer to home, the Reserve Bank of Australia’s most recent meeting held the main interest rate at 0.1 per cent.

The board’s minutes said inflation was not yet sustainably in its 2 to 3 per cent target band.

The price rises are also sparking calls for government support.

The federal government has signalled it will look at fuel excise and bonus cash payments in the federal budget to deal with cost-ofliving pressures.

Other suggestions floated included a report that the Royal Automobile Club WA wanted the state government to consider price controls on petrol.

There had been no shortage of commentators lined up with Mr Powell in expecting inflation to remain a non-issue.

The period since the 1990s has been one of historically low price rises as central banks focused on inflation targeting, while growing global trade put downward pressure on costs.

In the decade after the GFC, seemingly loose policies by central banks did not spark breakout inflation.

An example is quantitative easing, where central banks try to increase the money supply through buying government (and corporate) debt, making it easier for borrowers to get credit, and reducing its costs.

Inflation stayed below 3 per cent for most of the period.

Since February 2020, the central bank’s asset holdings doubled in size again, to about $US9 trillion.

The experience of low inflation after the GFC led some to argue that the pandemic boost would have minimal impact on prices.

However, a more relevant comparison might have been decades earlier, during the oil price shocks of the 1970s, supply shocks that reduced productive capacity and increased costs.

When the GFC hit, financial markets had liquidity issues and lending dried up, with a flow-on effect to borrowing and spending.

The potential for bank collapses also put downward pressure on the money supply.

While the US Fed’s balance sheet had grown dramatically, a metric called ‘broad money’ only increased about 7 per cent from 2008 to 2014, according to data from the St Louis Fed branch.

That could have contributed to inflation staying low.

But much like the 1970s crisis, the COVID-19 recession started with a supply shock, with businesses told to shut or scale back production to stop the spread of the virus, and workers asked to stay home.

Uncertainty also made businesses and families reluctant to spend, with stimulus packages unleashed to reduce pain.

In the US, there were two packages totalling about $US3 trillion in 2020, with President Joe Biden signing for a further $US1.9 trillion in early 2021 and then seeking as much as $US3 trillion for infrastructure spending.

Closer to home, the federal government outlined more than $80 billion of new commitments in the May 2021 budget.

Those policies were intended to drive spending higher, with retail sales, home building and new vehicle purchases all spiking in Australia.

This drove demand for workers and a need for materials like steel for construction projects.

Shortages of workers and materials may not so much be the cause of price rises; they could equally be a symptom.

“You need both of those things; we had one, we didn’t have the other,” Professor Robertson said.

The accommodating central bank policy has been in place for years.

“Right through COVID we had a lot of stimulus,” he said.

“Before COVID we had a lot of stimulus, in the US particularly.”

Professor Robertson said some economists had taken the view the economy could be pumped with cash without causing an inflation issue, while others felt a crisis or disruption would spark a problem.

Inflation doesn’t rise straight away, he said, as the process took time to play out.

Price rises start to become expected as this process continues.

There’s evidence this may be taking hold now.

Roy Morgan polling in February found Australians expected 5.1 per cent annualised inflation over the next two years, 1.4 percentage points up on a year ago.

It was the highest level since June 2014, the pollster said.

WA expectations were above the national average, at 5.4 per cent.

There have been reports in the national press that unions will be pushing for higher wage rises to keep up with expected price hikes.

About 62 per cent of fund managers expected stagflation, where inflation is high while growth is low, and unemployment rises.

Just more than half thought inflation would be permanent, compared to 39 per cent a year prior, the Bank of America report said.

Professor Robertson said some economists had been waiting for wages to rise as a sign that inflation would start to increase.

“Historically, inflation episodes in the 1970s and 1980s, I don’t think wage increases were the prime cause; they followed,” he said.

These moves had made sense early in the pandemic when it was unclear how the crisis would unfold, he said.

But now may be the time to rethink the approach going forward.

“It may be that inflation is temporary because the RBA or the Fed steps in and increases interest rates,” Professor Robertson said.

“No-one is saying we’ll get hyperinflation.

“But there are inflationary forces.”

Increases to interest rates will have an impact, Professor Robertson said, particularly on households with high debt.

“When we’ve had low inflation, no amount of effort could get it back to where we wanted it to be,” he said.

“My fear is it could get out of control.”

Bank of America head of Australian economics Tony Morriss said the RBA could raise interest rates as soon as June, after the federal election.

“The RBA at some point is just going to have to accept that the rise in inflation will be more pervasive,” Mr Morriss told Business News.

But he added a variety of factors were contributing.

“This is clearly a phenomenon we’re seeing around the world to different extents,” Mr Morriss said.

Shipping is an important metric because it is a factor in the cost of traded goods.

“Shipping rates have stopped going up but they’re above where they were before the crisis,” Mr Morriss said.

Container freight movement costs on one major route were about five times higher than before the pandemic, he said.

When families had been staying at home there had been increased demand for tradeable items such as furniture.

“There was a huge shift from spending on services to spending on goods,” Mr Morriss said.

This was followed by issues at ports with containers backing up.

“Global shipping has never really recovered from that dislocation,” he said.

“It’s very difficult to make a case that shipping rates are going to be falling any time [soon].”

RBA interest rates at an emergency level and government stimulus had also been a factor here and elsewhere.

“There has been massive policy support to avoid worse outcomes, [and] they’ve been successful at that,” Mr Morriss said.

CCIWA chief economist Aaron Morey said inflation would be about 3.8 per cent in the 2022 financial year, excluding electricity, and could soften marginally next year.

He said both supply chain pressures and high demand had contributed to inflation pressure.

“One of the big risks when it comes to inflation is a wage-price spiral,” Mr Morey said.

“The best way to circumvent that is through migration of skilled and unskilled workers.”

Governments would need to make it easier for businesses to bring in workers through streamlined labour market testing, and eventually increase the permanent migration cap.

There would also need to be a focus on fiscal repair, and locally, attracting investment to grow the state’s economy, Mr Morey said.