Australia's monetary expansion during the past decade has been among the most substantial in the developed world, according to recent data, with the Reserve Bank today continuing an easing policy. 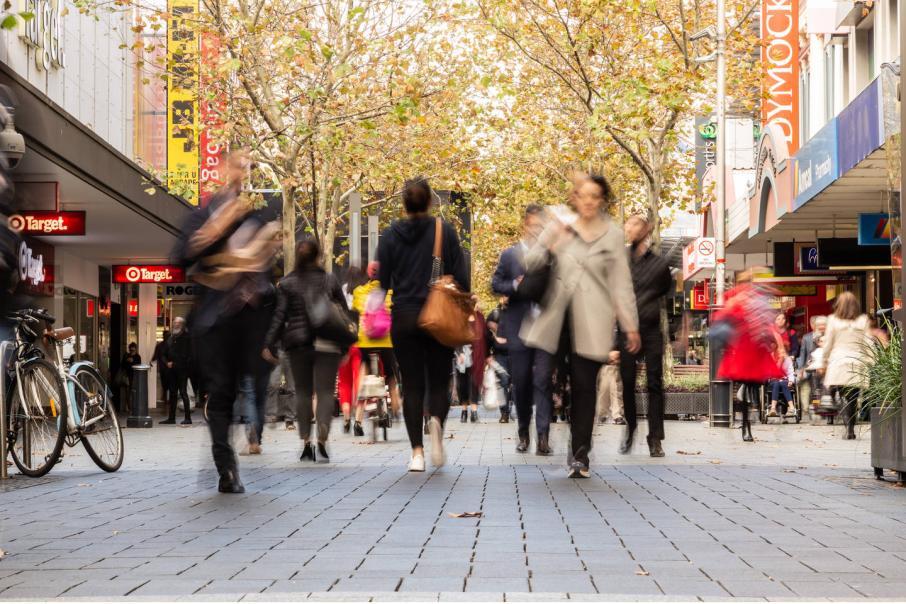 Australia's monetary expansion during the past decade has been among the most substantial in the developed world, according to recent data, with the Reserve Bank today continuing an easing policy.

Numbers from the Reserve Bank of Australia show the nation’s broad money supply increased 75 per cent over the 10 years to April 2019, while the M3 money supply, a slightly narrower measure, rose 85.8 per cent.

Both figures include the amount of cash in circulation plus bank deposits and term deposits, but broad money also includes other financial institution liabilities.

This has all come as the official cash rate has fallen from 3 per cent in April 2009 to a record low of 1 per cent, following a 25 basis point reduction today. 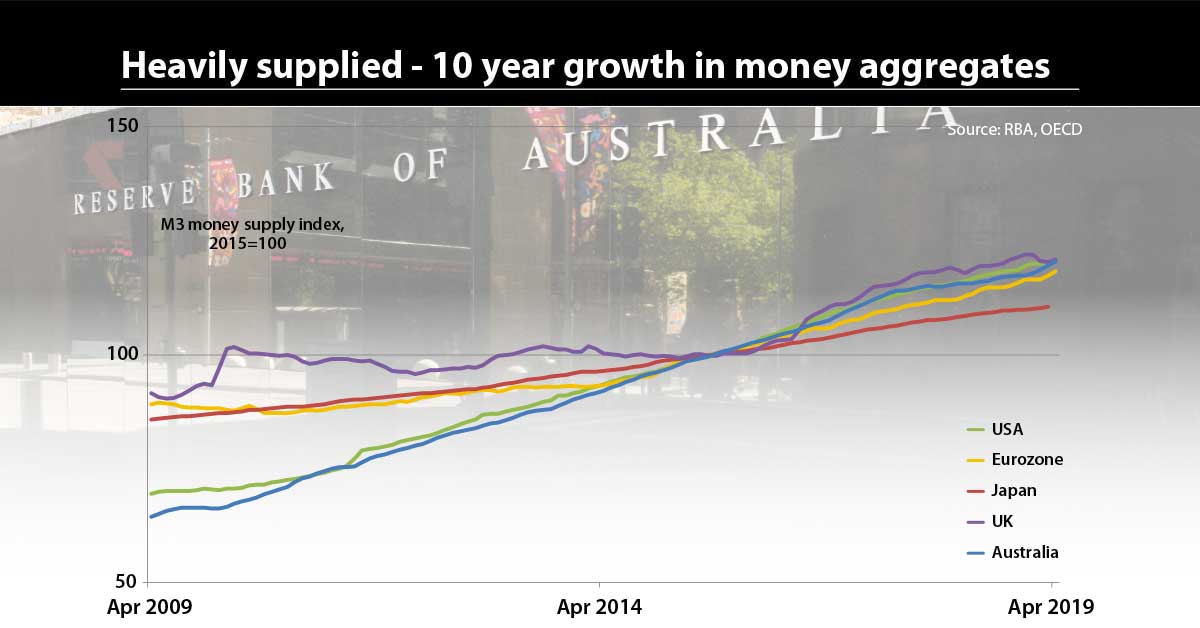 Measuring money supply movements was popular in the 1980s as an economic indicator, but fell out of favour when the take-up of credit and debit cards disrupted the correlation with other variables.

However, conventional economic wisdom contends that changes in the money supply are strongly linked to inflation in the long term.

The more extreme examples are cases of hyperinflation, with Zimbabwe and Venezuela two modern crises of that nature.

Many other sizeable developed economies have had slower M3 growth, according to data from the Organisation of Economic Cooperation and Development.

However, some of those countries were very expansionary in the 18 months before April 2009 as the GFC hit, particularly the UK (22 per cent growth).

Australia’s money expansion in the past decade exceeded nominal economic growth (about 60 per cent) which includes inflation, according to the Australian Bureau of Statistics.

There are three possible takeaways.

One is that the relationship between the money supply and nominal GDP, known as the velocity of money, has continued to change.

An RBA bulletin in September 2017 suggests this might be true.

“The velocity of cash has slowed,” the bulletin said.

“This partly relates to the increasing prevalence of banknote-accepting and dispensing machines … (which) increases the number of banknotes required to service any individual transaction.

“Increasing demand for cash held as a store of value has also slowed the velocity of cash.”

Secondly, there’s likely to be a strong link between monetary policy and rising asset prices, particularly housing, with house prices surging dramatically on the east coast until around 2017.

That matches up with sentiment that the RBA was reducing rates in 2014 and 2015 to encourage property construction as the mining boom ended.

An alternative is that there is a level of pent-up inflation in the economy that could be unleashed in years ahead.

Positive
Last month, Reserve Bank of Australia governor Philip Lowe said the board had made its recent easing move to support growth and return inflation to the target band of 2 per cent to 3 per cent.

He said the economy was expected to grow around 2.75 per cent in 2019 and 2020, mostly driven by investment into infrastructure and the resources sector.

Household consumption was sluggish, but wages were starting to pick up, Dr Lowe said.

“The central scenario remains for underlying inflation to be 1.75 per cent this year, 2 per cent in 2020 and a little higher after that,” he said.