Engineering firm Monadelphous Group has increased its work on hand after being awarded three separate construction contracts in the oil and gas and infrastructure markets for a combined value of about $90 million. 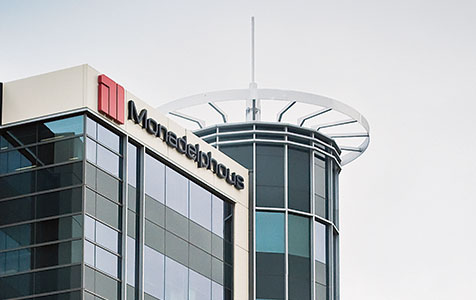 Engineering firm Monadelphous Group has increased its work on hand after being awarded three separate construction contracts in the oil and gas and infrastructure markets for a combined value of about $90 million.

Monadelphous said it had won a contract to construct the Spring Gully pipeline compression facility at the $24.7 billion Australia Pacific LNG project in Queensland, which is a joint venture between Origin Energy, ConocoPhillips and Sinopec.

That’s on top of $250 million worth of contracts Monadelphous was awarded for construction and installation work at the APLNG project in March.

The company was hired to construct an upstream gas processing facility, which would process gas from the project’s gathering network for delivery to the main pipeline.

Monadelphous was also contracted to install a pipeline compression facility and an interconnect facility, enabling the transfer of gas between networks.

The APLNG project is scheduled to deliver first LNG in May next year.

Monadelphous has also won new work with DDG Ashburton, a subsidiary of NSW-based Duet Group, to construct a 24 kilometre gas pipeline from its Ashburton West facilities to a new power station near Onslow.

Monadelphous in January won a $110 million contract with DDG to construct a gas pipeline for the Fortescue River Gas Pipeline, a joint venture between DDG and TEC Pilbara, for the construction of a pipeline from a compressor on the Dampier to Bunbury pipeline to Fortescue Metals Group’s Solomon Hub in the Pilbara.

Last year, DDG was hired by Chevron Australia to build infrastructure to link the US giant’s Wheatstone gas project to the Dampier to Bunbury pipeline for $94.9 million.

Monadelphous was then hired by DDG to assist in the construction of the pipeline for an undisclosed amount.

The work comprised refurbishment of an 87 kilometre pipeline that links Ashburton West to a compressor station along the Dampier to Bunbury gas pipeline, as well as the construction of new pipeline infrastructure to increase its capacity.

Monadelphous today also announced a contract with Queensland Urban Utilities for the design, supply, construction and commissioning of the flood affected stages 1-4 of the Oxley Creek sewage treatment plant in Brisbane, which is expected to be completed in early 2015.

A spokeswoman from Monadelphous was unable to confirm the value of each contract awarded.

Shares in Monadelphous were 0.57 per cent lower at $11.42 per share at the close of trade.