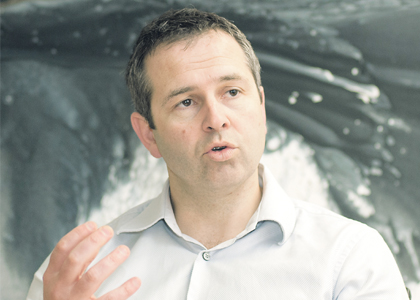 AS many of the management consulting sector’s global brands have established a presence in the booming Perth market, local boutique player Momentum Partners has quietly been expanding its national reach.

Momentum last month opened a new office in Brisbane, to be headed by strategy and business improvement specialist Jerry Sadlowski, adding to its network which includes the Adelaide and Sydney branches started last year.

Momentum managing director Carl Adams, who founded the business nearly 10 years ago, said the firm’s experience showed there was a strong appetite for value-based consulting outside the major players that relied on global brands.

That has prompted some changes in the market, with PwC consulting chief Robert Radley leaving to help establish Bain in WA.

Some specialist players, including Sydney-based global mining consultant Partners in Performance, have also been operating here, while national boutique player Nous Group has also been on the ground for a few years.

More recently, BDO entered this competitive field. The accountants often have business advisory capacity but few outside the big four attempt to compete with the pure management-consulting firms. BDO has recently recruited Maurice Argento to establish a strategy consulting practice.

Mr Argento previously competed for the top of the strategic market with Mainsheet Corporate, bought by PwC, which had also bought GEM Consulting. He left there to try out investment banking with Euroz, but this year returned formally to management consulting.

The last of the key GEM and Mainsheet players to run PwC’s consulting business was Darren Smith, who has now shifted over to the firm’s capital projects group, opening the way for Andrew Friars to take over the Perth practice.

Mr Adams said the current business environment had become very challenging as clients looked for bespoke advice at a price that was sustainable, and for consultants that were prepared to listen to them.

He said Momentum’s approach to appoint key people in each chosen market was similar to the benefits of a franchise model.

“About three to four years ago we saw the (current) scenario playing out and thought it would get busy in the Perth market,” Mr Adams said.

“We started going east; while everyone was diving in here we decided to sneak under the radar over there. We have put good leaders in each state.”

“They are listening to local issues and have local resources on the ground.”

He said there was a big market for his firm’s expertise, and advantages for the group in terms of diversifying its knowledge base and offering employees new opportunities.

“One of the things I have found is everyone (in the consulting market) is crowded in the BHP and Rio space and even Chevron,” Mr Adams said. “We tend to pick up a lot of the other players.

“We are not reliant on one or two projects.”

Although there were boutique firms operating in the eastern states, he felt that their established history left room for newcomers.

“I think those firms in those markets are a bit staid,” Mr Adams said.

“They have been around for a long time and they are waiting for the phone to ring.

“They are not streetwise, they are not innovative or fast moving; there are exceptions, of course.”

In other sector news, Kellie Benda has stepped down as a director of Barrington Consulting.