Developers are turning to innovative building methods to help address the costs of constructing hotels. 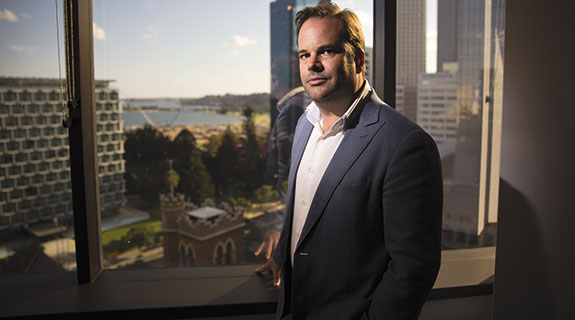 Developers are turning to innovative building methods to help address the costs of constructing hotels.

A chronic shortage of hotel rooms has long been considered to be the biggest constraint in building Western Australia’s tourism offering.

A recent report by Colliers International for 2014 showed an average occupancy rate of 83.6 per cent and an average room rate of $201 per night for Perth hotels, making it Australia’s second-most expensive hotel market behind Sydney.

Historically in Perth, high construction costs have ensured demand far exceeded supply, but an ever-increasing list of new builds in the pipeline indicates the city’s lodging shortage will soon be addressed.

In fact the list is growing so long that tourism and hotel industry bodies have warned the state government it needs to better-promote WA, both internationally and interstate, to ensure the hotel rooms are filled once they are built.

The list of hotels either already under construction or planned to be built in the next two years totals 16 projects and includes a host of new international players – Ritz-Carlton being the headliner – alongside Westin, Aloft and Courtyard by Marriott.

That’s sure to be welcome news for the city’s construction contractors; three of the projects, the $400 million Ritz-Carlton, $568 million Crown Towers, and the $500 million Westin Perth feature among Perth’s biggest value construction jobs.

Among the international brands to arrive in Perth in the next 24 months are DoubleTree by Hilton hotels (three) in Perth, Northbridge and Fremantle, as well as a Hyatt Place at Leighton Beach.

Two of the DoubleTree hotels, at Barrack Square and in Northbridge, as well as the Hyatt Place, address the issue of construction costs, as they will be built using modular techniques developed by Chinese manufacturing conglomerate CIMC.

Modules for the hotels will be built in CIMC’s factories in China, down to televisions and furnishings, before being shipped over and assembled at their respective development sites.

The technology allows for extremely fast on-site builds – up to 200 rooms can be assembled in around 10 days.

The Chinese group’s local subsidiary, CIMC Modular Building Systems has already been extremely active in WA, building more than 23,000 dongas in the north of the state for mining clients ,including Rio Tinto, BHP Billiton and Fortescue Metals Group.

But the mining slowdown has required the company to refocus its efforts on different sectors, according to its executive general manager, John Zendler. Mr Zendler said the company was in the middle of detailed documentation and prototyping for the two DoubleTree projects.Business News reported earlier this month that CIMC had also been contracted for the Hyatt job at Leighton Beach.

Also in the pipeline, according to Mr Zendler, is an Ibis Styles Hotel, which will be built in East Perth on the corner of Plain Street and Adelaide Terrace.

“The hotels we’re building, they would not get built with conventional building, because it just doesn’t stack up as a financial model,” Mr Zendler told Business News.

“The modular technology is actually enabling projects to go ahead that wouldn’t have gone ahead otherwise.”

However, the biggest challenge with modular building is actually finding the finance to progress the projects.

Mr Zendler said funding of modular projects was completely off the radar for risk-averse Australian financial institutions, which did not want to be the first to back the new technology.

To get around that issue, CIMC, which has a turnover of around $US1 billion per month, is playing the role of financier and providing the senior debt.

“We’re not just funding the modules, we’re financing through the construction phase and we’re leaving that money for up to three years to allow the hotel to stabilise,” Mr Zendler said.

“Then, senior debt will come in from an Australian bank. They have no issues with funding debt where projects are complete.”

The other challenge, Mr Zendler said, would be to dispel misconceptions in the marketplace surrounding modular buildings. MODULAR: The DoubleTree by Hilton at Barrack Square will be a showcase for what can be done with modular builds.

“When you tell someone you are going to build a modular hotel, in their mind they get this vision of dongas stacked on top of each other,” he said.

“The reality is, the way we design a building now, it’s the same people you would have at the table if you were building conventional construction.

Mr Zendler said he expected the high level of finish at the Hilton and Hyatt hotels would go a long way in dispelling those myths.

The first few levels of the hotels, containing restaurants, bars, pools and other facilities, will be built using conventional construction, while the rooms themselves will be the modular component.

Mr Zendler said using modular techniques had several advantages over traditional construction methods, including a time saving of up to 50 per cent for on-site construction periods and a higher level of quality control for components built inside a factory.

However, modular building means there was added complexity during the design phase, with every single detail of the project having to be worked out before any construction started.

“You can’t treat it like conventional construction where you just do enough documentation to get it out of the ground and then resolve the building as you go along,” Mr Zendler told Business News.

“A modular building needs to be rivet-perfect in its design before you can start the procurement process at all.

“There is also extra complexity with manufacturing stuff offshore.

“You can’t just send a set of plans across to your factory in China and expect that everything will come back as you want it.

“You need to supervise the process, especially around compliance.”

While the advantages of modular builds stack up for hotels, the techniques do not necessarily translate for commercial office or residential apartment construction.

“You have got to have a lot of repetition,” he said.

“That’s why it’s traditionally been done for hotel rooms – the reality is most hotel rooms are the same.

“For residential apartments, people like to have a bit of variety; developers want different price points and to take advantage of views and the like.”

“A project like the Ritz-Carlton is never going to be able to use modular because of the look and the quality of the hotel,” Mr Palandri said.

“I see modular for hotels being extremely useful in Port Hedland and Karratha, if someone was looking at building one up there, but less applicable in the CBD area and surrounds.

“The key for modular is the client has to be pushing modular in the first place.”