The benefits of modular construction are starting to be known, but significant hurdles remain for it to become an industry standard. 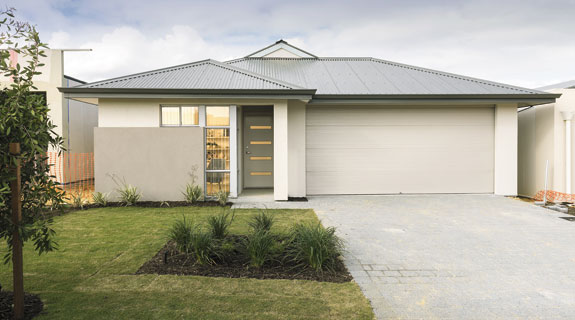 The benefits of modular construction are starting to be known, but significant hurdles remain for it to become an industry standard.

Modular building technology is gaining a toehold as the industry innovates to tackle housing affordability, but widespread roll-out of the products are being hampered by banks’ tight regulations on lending for property.

The biggest benefit of modular construction techniques is well known, with time savings of up to 40 per cent possible through the use of pre-built modules.

And research by Curtin University has shown there are tangible long-term energy savings for buyers of modular homes, which translate into lower electricity bills associated with heating or cooling.

“Because you build it faster, you borrow the money from the bank for less time, so you draw down the debt faster,” Ms Green told Business News.

“The funding costs are between 35 and 40 per cent less.

“The other element which relates to time is return on equity.

“If you’re an equity investor you want your money in and out of the project, and if you’re building it faster you’re selling it faster, so there is an equity uplift of around 15 per cent.”

All of those factors, when added together, make modular building an attractive option for development and building firms, but Ms Green said there was a significant impediment to widespread take-up of the techniques.

“The biggest challenge for the industry to overcome is getting banks to lend to modular projects,” she said.

“Property desks within banks typically lend and make progress payments on site, when the pad is down, the walls are up, at lockup, etcetera.

“With modular, it doesn’t go like that – the progress takes place in a factory.

“Banks are hesitant to make payments for progress that isn’t happening on site.”

That means developers have to self-fund projects if they don’t have a bank flexible enough to take it on board.

That limitation has resulted in the pioneers of modular building in Western Australia, and the eastern states, pulling back on their commitments.

Melbourne’s Hickory Group, which built modules for the Adara apartments in Cockburn for the Department of Housing, has recently scaled back its operations to only roll-out bathroom pods, because the demand for apartment modules was not high enough to keep its factory busy.

Australia’s biggest builder of detached housing, BGC, has also pulled back from modular, having launched two modular estates, at Alkimos and Banksia Grove.

At Banksia Grove, BGC is rolling out 22 modular homes, also for the Department of Housing, as a demonstration of what can be achieved using alternative building techniques.

Mr Hollett said the key was to ensure the houses didn’t stand out from conventional homes.

At Banksia Grove, BGC has been able to construct modular homes with pitched rooves at 24 degrees – the industry standard for conventional houses.

“For market acceptance you have to present something that’s not so different,” Mr Hollett said.

“The big thing we have is the pitched rooves; this presents it as a normal product.

“It’s much more appealing and also much more what you expect in normal residential.”

However Master Builders Association director of housing Geoff Cooper said that, outside of a few pockets of modular houses, there wasn’t a large take-up of the technology in the metropolitan area.

But Mr Cooper said it would still take some time before modular building techniques were more widely used.

“There is a lot of prejudice out there in the community, from real estate agents and valuers,” he said.

“Some of the building community is very conservative. Brick has a lot of advantages, but so do other products.

“(Modular) will take an increased market share over time, that’s almost a certainty, but we’re not seeing a large-scale uptake of it in domestic construction in the metropolitan area at the moment.”

Mr Cooper said the prejudice largely came from what he described as a misconception – that modular products are not as high quality as conventional builds.

“There are a lot of quality control systems in place to ensure the product they bring to market is of a very high quality and they get very frustrated in the perceptions of modular being cheap, nasty and poor performing,” he said.

“That’s been the case in the past, but things change, and attitudes take time to change.

“As an association we are working to try to change consumer perceptions on that point.”