Everything old seems to be new again in the resources sector, with a number of old projects being rebirthed under new management. 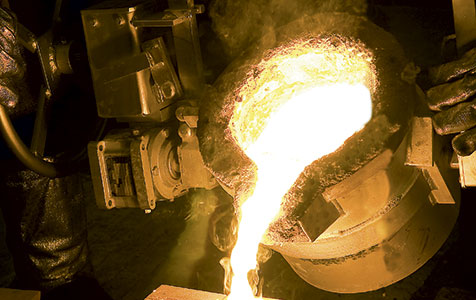 It is difficult to spot the green shoots of recovery amid the gloom that has enveloped the state’s mining, but that’s until you get down to ground level where old projects are returning to life under new management.

Nothing that’s happening in this rebirthing process is big or expensive; that’s because there is no easy money at this stage of the game for extravagances of the type that played a role in killing the boom.

In place of the hype that excited investors, and then ate their savings, there are simple stories of potentially profitable mining projects starting on a handful of capital and the sniff of an oily rag.

Kin Mining, Blackham Resources, Southern Gold and Cassini Resources are examples of what’s stirring at the bottom of the mining pot, with each company having its sights set on a modest but achievable mine development plan which, in most cases represents the core of a bigger, failed, project.

Those four, plus a further 30 small resources stocks, will tell their stories at an Explorers Conference in Fremantle this week – at the Esplanade Hotel on February 25 and 26.

Kin, the smallest by stock market value, is the new owner of the Leonora Gold Project that was once the centrepiece of Navigator Resources, and could still be today if Navigator’s management team had not bitten off more than it could chew by adding the difficult Bronzewing gold project to its asset base, a deal that triggered the company’s collapse.

After buying the Leonora project for an untaxing $2.7 million, Kin plans to spend about $1 million processing ore that Navigator outlined – but in the cheapest possible way using a technique called vat leaching.

All that Kin has to do is dig and dump ore into small vats, irrigate it with a cyanide solution, extract between 50 per cent and 70 per cent of the gold in the ore (which assays about 2 grams a tonne) and do it at a cost of $A730 an ounce for a profit margin of around $A850/oz based on the latest (local) gold price of $A1,580/oz.

The first target is to treat just 50,000t of ore for the recovery of 4,275oz, which should yield a profit of between $2 million and $3 million – and to use the profits to grow the business.

It’s an old-fashioned approach and a far cry from the millions of tonnes of ore mined by even the smallest of Western Australia’s iron ore companies, with the critical difference being that Kin should be make money thanks to a combination of low costs, a reasonable gold price and a falling Australian dollar.

Blackham has a similar plan. It is the new owner of the Wiluna gold project, which proved too complex and too big for the once high-profile Apex Minerals, which collapsed in 2013.

The Wiluna plan is for a redevelopment called the Matilda Gold Project based on a resource of 4.4 million ounces of gold.

The gold price and the dollar are working in Blackham’s favour, as are the lower costs of construction and professional services – thanks to the end of the iron ore boom.

Southern Gold’s plan is to mine gold at Bulong, close to Kalgoorlie. Cassini has nickel and copper mining plans at the Babel project in the remote Musgrave Ranges near the South Australian border, which was discovered by the old Western Mining and dropped by BHP Billiton.

Cassini’s plans are certain to be much smaller; and even if it means high-grading the richest pods of ore, it might be able to develop a profitable project in a way that eluded previous, overly ambitious, owners.

A fifth example is from a company not on the speakers list at the Explorers Conference. Empire Resources (not to be confused with Empire Oil and Gas) has outlined what looks like a mineable resource at its 60 per cent owned Penny’s Find project on the Kanowna Road about 50 kilometres north-east of Kalgoorlie.

Small, like Kin’s proposed Leonora redevelopment, Empire reported last week that it had outlined 644,000t of mineable material assaying 2.99 grams a tonne for 61,900oz of gold.

The location close to Kalgoorlie as much as the grade, the gold price and the dollar, should make it possible for Empire to develop a profitable though short-lived mine which, at this stage of the commodity price cycle is the best you can hope for.

MEANWHILE, over in the iron ore sector the survival challenge keeps getting harder for small and high-cost miners.

Rio Tinto threw down its gauntlet 10 days ago with a strong set of numbers for 2014, including an astonishingly low $US17 a tonne cost of production for the December quarter and a promise to drive costs even lower.

Fortescue Metals Group chimed in last week with a cash cost of $US30/t for the first half of the current financial year and guidance of costs between $US25/t and $US26/t for the current half.

BHP Billiton, scheduled to report this week, is certain to come in below FMG but probably above Rio Tinto, which has a more efficient port and rail system.

The big three are more than the winners in the WA iron ore industry, they are also likely to be the only survivors if low prices persist and smaller companies struggle to keep up with the dramatic cost cutting under way at the top end of the business.

For everyone in iron ore, especially the smaller miners, 2015 is shaping as a dreadful year – prompting a question for small-company management: why are you bothering when there’s easier money to be made in gold?

CHOCOLATE is not generally regarded as an economic barometer but that was before Nestle, the big Swiss confectionary and food group, became a quasi-bank for desperate investors who have been buying Nestle debt at a negative interest rate.

In other words, some investors have more faith in a chocolate maker than government, snapping up Nestle euro-denominated bonds at a price that implies a negative rate of 0.008 per cent.

In a way, investors are treating Nestle as a nest egg for their savings, and perhaps showing that chocolate will be around longer than some governments – which is probably not as silly as it sounds. 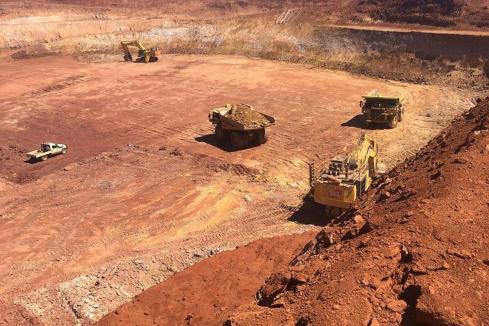