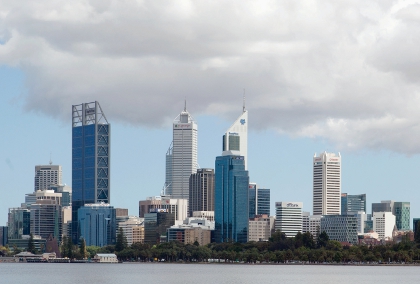 The slowdown in mining project development last year has impacted the Perth office market, with the vacancy rate for CBD offices recording a ‘modest’ increase to 5.7 per cent in January.

That is up from 4.2 per cent in July last year, but was slightly better than market analysts had expected and still below all other state capitals.

“The increase was a little bit less than we thought it may have been,” said Colliers International director of office leasing David Cresp.

“It would still be the envy of most markets in the country.”

The West Perth market fared slightly better, with the vacancy rate in that sector increasing to 4.5 per cent from 3.3 per cent.

A key measure of office market performance is net absorption.

The CBD figure was the weakest since the six months to July 2009, when the market was battered by the fallout from the GFC.

“Demand for office accommodation in Perth in the last six months was the weakest since 2009, however this was not surprising following record demand for office space since then,” he said.

Over the past three years, the market has absorbed a very large increase in supply, led by the completion of the city’s largest office building, Brookfield Place, and Bankwest’s new headquarters on Murray Street.

Mr Lenzo said cost-cutting by resources companies, particularly in the iron ore sector, was the main factor affecting the market towards the end of last year.

“This resulted in less demand for office space by firms providing professional services to the sector,” he said.

Mr Lenzo said all grades of office space experienced weaker demand; however premium grade offices showed the largest increase in vacancies – up from 1.3 per cent to 4.5 per cent.