Techworks Group has developed a growth strategy that mitigates the risks experienced by other subcontractors. 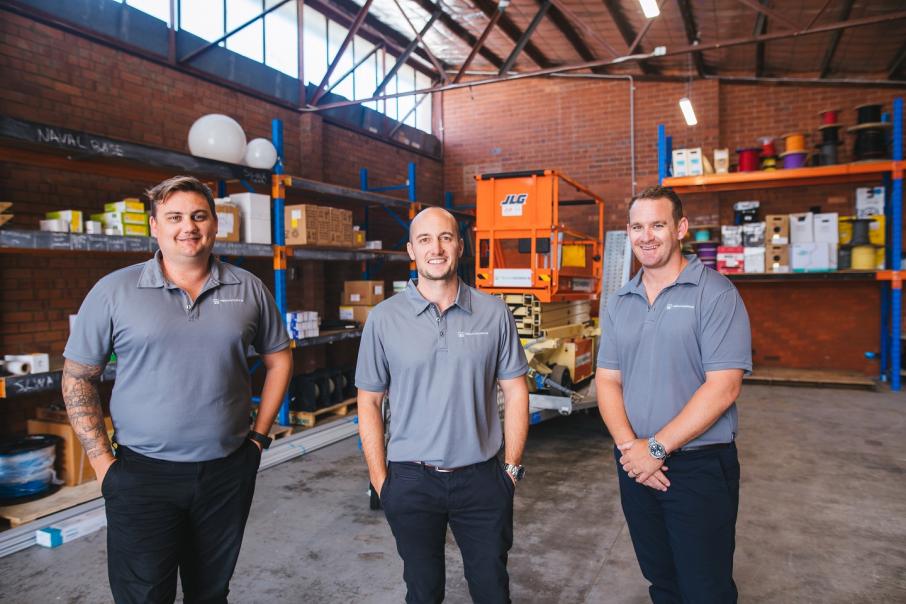 Electrical and plumbing company Techworks Group’s move to change its business model in 2015 has been the making of the operation, according to managing director Matthew Goundrey.

After two builders who engaged Techworks went into liquidation, leaving it out of pocket, Mr Goundrey and the management team changed the business strategy to focus on service delivery rather than projects.

Mr Goundrey, who trained as an electrician and moved into management with his previous employer before founding the Osborne Park-based business as a one-man operation in 2013, said the bad debts Techworks suffered early on provided a big learning curve.

“There are all sorts of things that come from that; managing money obviously, do you lay off staff, do you not? How do you recoup? How do you still pay the people that you owe without the money coming in the door?” Mr Goundrey told Business News.

“We grew the business through that period, which I am really proud of; we didn’t take our foot off the pedal and we got through it.”

The early debt crisis caused Mr Goundrey and his team to weigh up the risks of project work, with a decision taken to shift the focus to service delivery, including maintenance, breakdown repair and small installation works, which provided more secure work.

The company aims for a 70-30 split between service delivery and projects.

“Everybody is quite clear that the service side of the business is the focus,” Mr Goundrey told Business News.

“We are targeting service contracts and as far as project work, our builders will come to us and they will say ‘We are looking at this’ and we will decide whether or not we price it and negotiate for it.

“We are not looking for new project clients as such.”

Mr Goundrey said the company had formed relationships with a core group of builders in the project space.

“It’s like anything, once you have got a relationship and they understand the quality, what they can expect, who they are going to get on the job, your limitations and what you are good at, they will keep coming back,” he said.

Investing in insurance was another key way Techworks was protecting itself from future risks.

Mr Goundrey said he invested in a trade creditors policy, which meant if a builder collapsed, Techworks would get 90 per cent of what it was owed within 60 days.

“We look at that insurance as a safeguard, we learned the hard way,” he said.

“That insurance is now there to stop that happening again as is the focus on the service side of the business and not the project space.”

“We had some fantastic relationships in place, we were the same electrician going back with the same builders and the same facility management companies and the same clients and we were often seeing different plumbers come in so the idea was flagged,” Mr Goundrey said.

The management team, including contracts manager Rick Hillie and project manager Brent Hayden, decided if they applied the same level of service to a plumbing contractor, they could get the same result.

With the processes and systems already in place, Mr Goundrey said the plumbing business grew quickly and now had direct employees.

At the beginning of 2019, Techworks acquired a rival electrical services company, which had clients including large data centre providers and an Australian retail jewellery group with more than 80 stores in Western Australia.

Mr Goundry said Techworks met with the business’s clients and reassured them they could deliver the same services.

“We are growing that business based on what he was turning over last year, so essentially just applying the same principles with our management team,” he said.

Mr Goundrey highlighted the importance of investing in his people, launching an in-house well-being initiative called Safeworks in early 2020 and offering employees the opportunity to upskill.

“As far as Safeworks goes, yes it’s an expense, but that’s what is required,” he said.

“We need to look after our people; that’s the kind of place that I would want to work at.”