SPECIAL REPORT: Gender equity is a key goal for major accounting firms but their track record is varied, especially in WA. 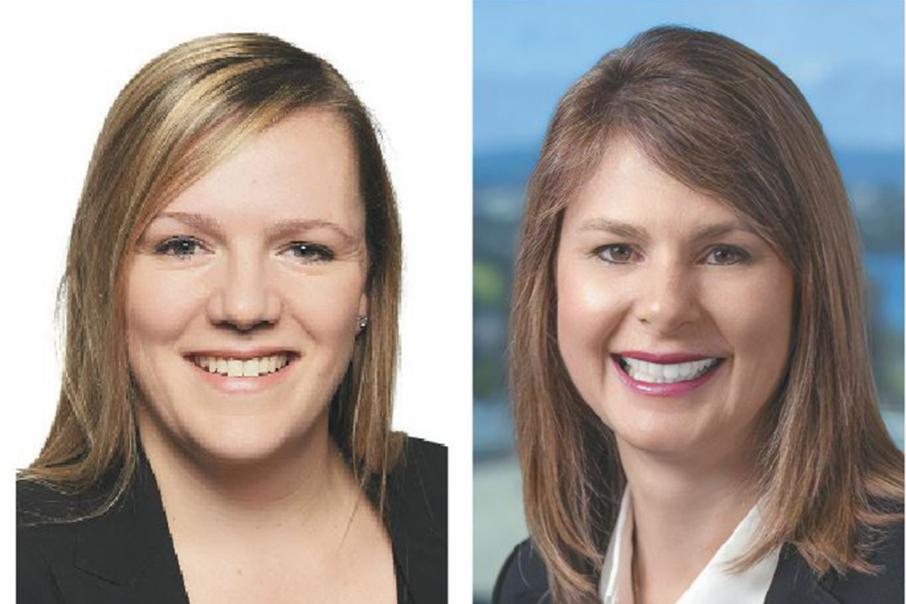 Gender equity is a key goal for major accounting firms but their track record is varied, especially in WA.

The appointment early this year of women as managing partners at two of the ‘big four’ accounting firms in Perth was both a positive signal and confirmation of a problem in the sector.

Business News reported at the time that, of the 86 accounting firms listed in the BNiQ Search Engine, only five had a female listed as their senior WA executive.

Looking closer at the issue for this feature, the big four firms are heading towards their gender equity goals (though not consistently), while mid-tier firms and small firms largely remain male bastions.

Nationally, the best performer is Deloitte, where 28.4 per cent of partners are female, higher than at any other firm (see table).

The laggard on this measure is EY, with 23.5 per cent of its Australian partners being female. 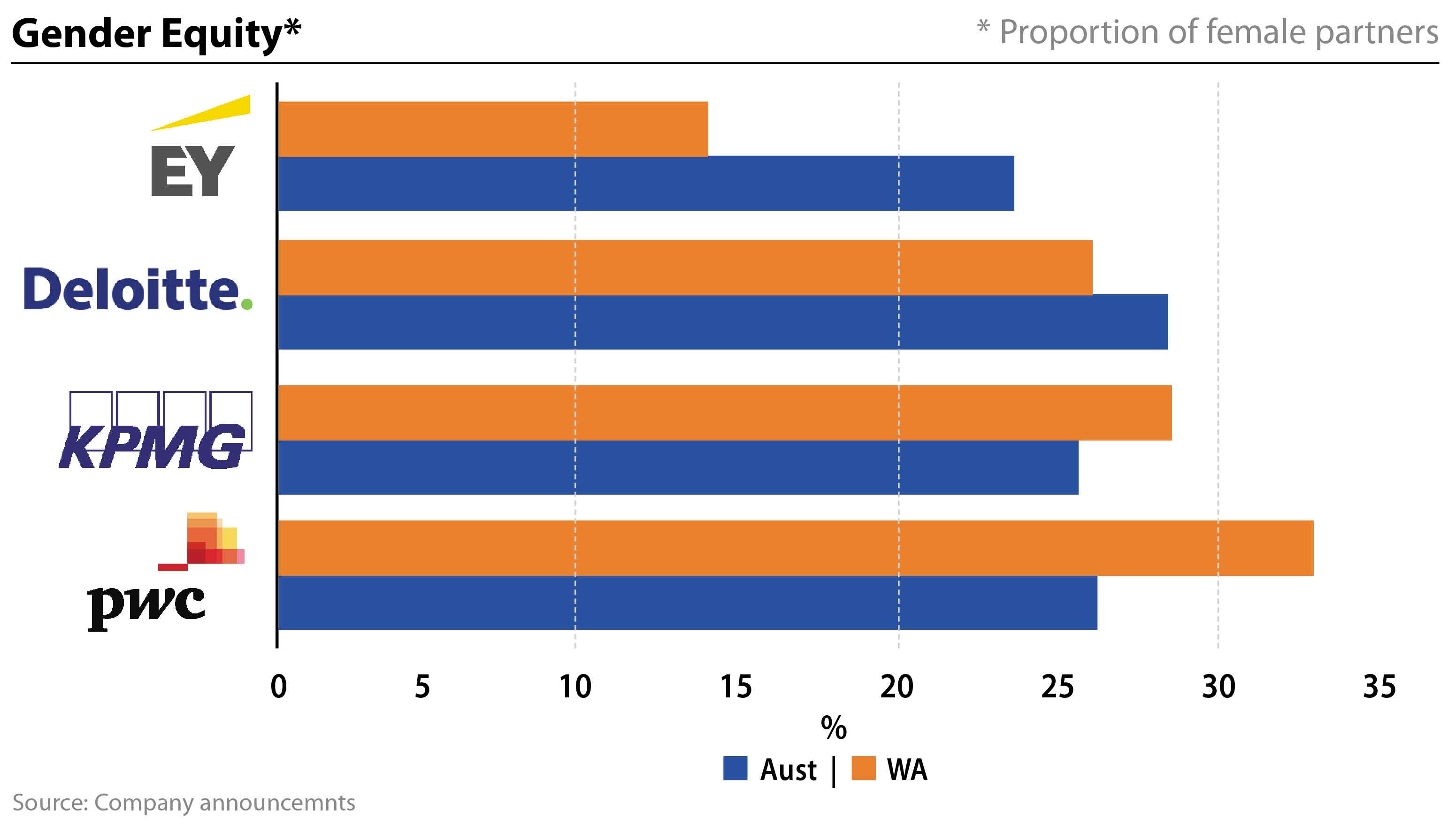 In WA there is a lot more variation.

At PwC, one third of its WA partners are women, and KPMG is very close at 30 per cent, while at EY the proportion is just 13.8 per cent, with only eight of its 58 partners being female.

All of the big four firms have set targets to support their gender equity and broader diversity goals.

PwC, for instance, has a 40/40/20 gender target for new partner admissions, with 40 per cent female, 40 per cent male and 20 per cent from a diverse cultural background.

It exceeded these targets in 2018, with 41 per cent of new partners being women and 29 per cent coming from a diverse cultural background.

This year it added a 50 per cent gender target for new promotions and lateral appointments at a director level.

Other measures include flexible work in all roles and 18 weeks parental leave.

Ms Tremain was the first woman to be appointed partner at a major WA firm, only 14 years ago, but said diversity was now ingrained in the firm.

“Most importantly, we are keen to make sure we reflect our clients and what their needs are.

“That’s really the driver behind it; how do you bring the best solution, and to do that you need diverse talent.”

The performance metrics for its business segment leaders include the number of women leaders, as well as the retention of women in their teams.

Managing partner WA Michael McNulty said the firm was aiming to improve on its recent achievements.

In WA, four of the 10 new partners this year were women, while 60 per cent of its graduate intake was female.

KPMG set its first female partner target in 2013 and since then has upped the target.

Its stated goal is to have 30 per cent female partners by the end of 2020, compared with 25.5 per cent currently.

Targets have also been established for female directors and senior managers.

It aims to empower women with the confidence to take on more senior roles and equip partners with the skills to effectively sponsor and champion high potential females.

EY said 2018 was a landmark year for diversity and inclusion, despite lagging its peers on gender diversity at the partner level.

It highlighted that, for the first time in its history, the 12-member Oceania leadership team achieved its ambition of gender equality.

Another notable step this year was adopting a cultural diversity target of having 30 per cent of partners from culturally or linguistically diverse backgrounds by 2022.

EY also has a Reconnect recruitment program for women who have been out of the workplace for between two and 10 years.

It received 128 applications nationally last year, with half shortlisted for various roles, 20 taking a place in the program, and others hired directly into the business.

Most of the mid-tier firms and small firms have lower female representation.

“We’re not setting targets but we do want to see more women at senior levels,” he said.

Mr Toll said BDO was focused on all forms of diversity, not just gender.