Quintessential Resources is set to relist on the ASX tomorrow after morphing into technology incubator Yonder and Beyond, but plans by three travel businesses, including George Michalczyk's Motive Travel, to undertake a backdoor listing through Red Gum Resources have fallen through. Click through to also see the BNiQ listing of 26 WA backdoor listings. 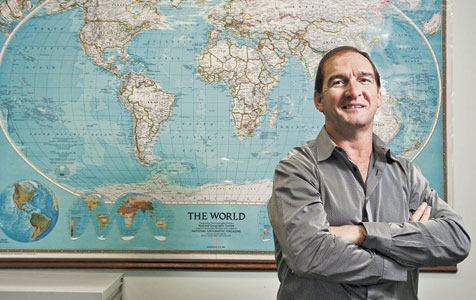 Quintessential Resources is set to relist on the ASX tomorrow after morphing into technology incubator Yonder and Beyond, but plans by three travel businesses, including George Michalczyk's Motive Travel, to undertake a backdoor listing through Red Gum Resources have fallen through.

The relisting of Quintessential shares under the new name ends the company's seven month-long takeover of US-based Yonder.

It also follows the completion of a prospectus offer in mid-January, in which the company raised $5.06 million for the acquisition.

This was achieved after extending the closing date of the prospectus twice and receiving notices of concern from the Australian Securities and Investments Commission.

As a result of the takeover and capital raising, Yonder chief executive Shashi Fernando will hold a 28.1 per cent interest in the company.

“The company advises that there is no binding agreement in place at this time but the company is continuing to undertake due diligence on PlayMeet,” Yonder said in a statement.

The prospectus was conducted by Sydney-based firms Foster Stockbroking and Taylor Collison.

Meanwhile, Red Gum, which had planned to change its name to Australian Travel Group, announced earlier in the month that its proposed $2 million acquisition of the George Michalczyk-owned Perth company Motive Travel, which specialises in corporate, group and luxury travel, would not go ahead.

Neither would its proposed acquisition of Holiday Planet or Asia Escape Holidays.

“Following advice, including consideration of the protracted nature of the transaction, the issues raised by ASIC and the practical consequences of the inability to have the shares and options offered under the prospectus, it was mutually agreed that the offer would not proceed,” Red Gum said in a statement.

Chairman Raymond Shaw said the company and vendors had devoted significant resources to the reverse takeover for a considerable period, in an effort to see the transaction succeed.

“The company will now look to assess alternate potential opportunities, including in respect of its existing assets, to maximise shareholder value,” Mr Shaw said.

In January, Red Gum announced its prospectus offer had closed and a minimum subscription of $3 million had been achieved, however, ASIC had advised the company that more recent audited historical financial information should have been provided in the prospectus in relation to the acquisitions.

Today, Red Gum said the $3 million would be refunded.

Red Gum intends to remain in suspension while the board considers the future direction of the company, as well as assessing future funding requirements.

Following the Yonder takeover, 15 backdoor listings have been completed since the start of last year, while six are still working through the system.