Western Australia's peak business group has welcomed the state government's budget, but other business groups believed more could have been done for their respective sectors. 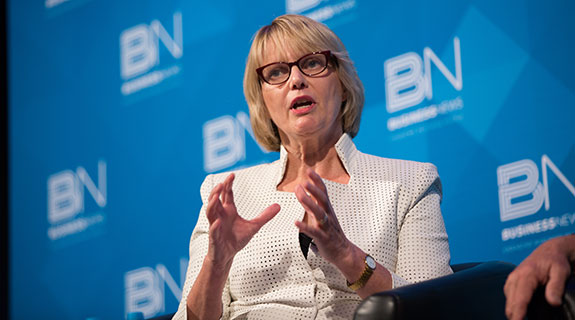 Western Australia's peak business group has welcomed the state government's budget, but other business groups believed more could have been done for their respective sectors.

The Association of Mining & Exploration Companies applauded the state government’s $30 million investment in the Exploration Incentive Scheme over the coming years, saying it would encourage mineral exploration in the state.

It also welcomed the government’s decision to include a $41 million royalty concession for magnetite producers through the Magnetite Financial Assistance package.

However, AMEC argued that there was also a clear case for a similar scheme to be made available for other commodity groups, such as nickel.

“The increase in the tenement rental charges to collect additional revenue is (also) most disappointing,” it said.

“In addition, as the valuer general uses the Department of Mines and Petroleum tenement rental schedule to determine property values, it will lead to an increase in land property values for shire rating purposes and higher rates notices from most regional local authorities.”

“Under this program, magnetite producers can receive a 50 per cent rebate on their royalty payments for 12 months, a move which would assist any industry in its infancy,” he said.

But he was also concerned the Department for Mines and Petroleum intended to collect additional revenue from Mining Tenement Rentals to offset the shortfall from the removal of cost recovery measures for mining and exploration assessments from the forward estimates.

Mr Howard-Smith recognised the important economic reform the sale of state assets, such as the transmission and distribution networks of Western Power and Horizon Power, represented to the state government.

“The sale of Western Power and Horizon Power’s poles and wires is an important reform for the state government that is applauded by the mining and energy sectors,” Mr Howard-Smith said.

“CME believes the sale of Western Power represents a good opportunity for privatisation of business that is regulated appropriately.”

Electricity unions, meanwhile, have vowed to fight the sale of Western Power and Horizon Power all the way to the election.

“The number one priority of a private company is to maximise profits.

“This means higher prices, and cost cutting in the form of fewer jobs and reduced maintenance budgets.

“The end result is a less safe and less reliable electricity supply, and higher prices for households and businesses.”

StartupWA welcomed the allocation of $20 million over four years to support entrepreneurs, innovators and startups.

StartupWA director Justin Strharsky said the funds would help start to align government, industry, research institutions and the startup community towards diversification and would add resilience to the state’s economy.

“Entrepreneurs and startups are key to diversifying the WA economy and creating new jobs,” he said in a statement.

“We anticipate the new state government funding will support this.”

Property Council of Australia WA Division executive director Lino Iacomella said the announcement of a $5 billion infrastructure fund and the expansion of the state asset sale program was essential for the property industry to participate in the state’s economic transition and growth outlook.

“The promised infrastructure fund should also be backed up with a state infrastructure strategy to enable the property investment and development sectors to plan ahead with confidence,” he said.

“We now look forward to the initiatives that the infrastructure fund would support, including key public transport projects like Max Light Rail.

Mr Iacomella however also said the budget once again missed an opportunity to commence much need tax reform in WA.

“After three successive years of property tax hikes it is disappointing that the budget has no plan to phase out land tax aggregation, which discriminates against investors that own more than one property,” he said.

“Similarly, this budget does not address the issue of seniors being stung by a hefty stamp duty bill when downsizing or stamp duty equity for off-the-plan property purchases.”

Real Estate Institute of Western Australia president Hayden Groves said he was pleased the state government had chosen not to meddle with property taxes in the FY17 budget.

“First home buyers are a crucial part of the market as they give trade-up buyers the opportunity to upgrade and to generate much needed transfer duty for the state government,” Mr Groves said.

“While some of our recommendations were not addressed in today’s budget, Reiwa will continue to advocate to the Barnett government on these issues.

“The government should be congratulated for their efforts in reducing the 2015-16 deficit to $2 billion from $3.1 billion.

“We’re also pleased to see the savings measures in this Budget as well as the curtailing of government expenditure.”

“Business has been calling for the state government to implement a plan to regain the AAA credit rating and build the economy of the future, so today’s budget is welcome news to the community,” Ms Willmott said.

“Business is also pleased the government has announced no new taxes and is committed to lifting the payroll tax threshold and examining land tax aggregation.

“Creating a business-friendly tax environment while broadening the economy will allow business to grow, create jobs, discover new opportunities and help build a diverse and agile economy for our future.”

Ms Willmott said savings measures and the budget’s formal announcement to progress with the sale of Western Power will boost business confidence and stimulate investment.

“Western Australia currently has the lowest credit rating in the country, so the sale of Western Power and poles and wires in the Pilbara will go a long way to reducing debt and restoring the markets’ faith in Western Australia as a stable place to do business,” Ms Willmott said.

Chamber of Arts and Culture WA chair Helen Cook was less impressed with the budget, saying at a first glance the arts and culture industry had received little comfort from an election year that traditionally offered some good news.

“We know that the fiscal environment is challenging but it is disappointing that there is little evidence of new investment to foreshadow the yet to be released Strategic Directions Framework that government has worked on with the arts industry,” she said.

“A long-term plan for the arts sector with investment behind it should be a priority for the major parties in the lead up to the state election next March."