Recent sales in Perth’s commercial property market show appetite remains for well-located assets with strong leasing profiles, but activity levels are still well down historically as the shadow of rising vacancies looms large over the city. 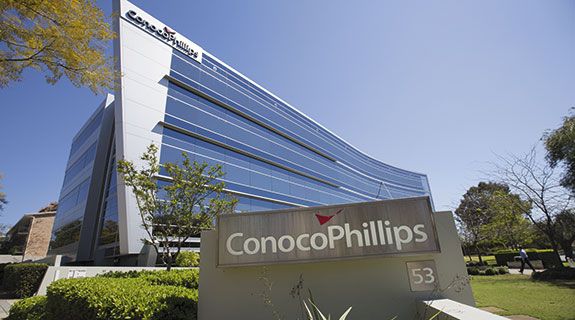 Recent sales in Perth’s commercial property market show appetite remains for well-located assets with strong leasing profiles, but activity levels are still well down historically as the shadow of rising vacancies looms large over the city.

The latest major deal, part of $285 million worth of office or hotel transactions since August 1, was last week’s $59 million sale of the ConocoPhillips headquarters at 53 Ord Street in West Perth by CBRE, on behalf of the building’s owner, Primewest.

Before August 1, the only other major office deal in 2015 was the $73 million sale of Monadelphous Engineering’s headquarters in Victoria Park to Singaporean interests.

The ConocoPhillips building was yet another Perth asset sold to a Singaporean company, real estate fund manager Mapletree, which made its first Western Australian acquisition with the purchase.

“This sale is testament to the strength of the market and the evidence of how Australian commercial property offers the right fundamentals for investors looking to inject capital offshore,” Mr Bond said.

But the largest deal over the past two months was the $101 million sale of the Australian Taxation Office building in Northbridge, by German financier DekaBank.

The ATO building was bought by Perth-based Warrington Property Group, in a partnership with global investment giant Goldman Sachs.

Colliers International director of investment sales Ian Mickle said the falling Australian dollar and the lack of yield and opportunity in offshore countries were the main drivers of the activity.

“The majority of deals have been to offshore buyers, or offshore equity represented by local buyers, such as the tax office and the Mapletree purchase in West Perth,” Mr Mickle told Business News.

“It’s all offshore money – the appetite remains strong for offshore buyers looking for yield in a transparent and stable economy.”

CBRE senior managing director Peter Agostino said deals remained scarce when compared to other years, but he did say more capital and opportunities were emerging off the back of stronger leasing activity.

“We’re seeing a lot more investment bank activity, from institutions who are looking for value and prepared to buy property on the right fundamentals,” Mr Agostino said.

“But at the end of the day, the market is still very soft and the office leasing market is very soft with high vacancy and high incentives.

“But because we are seeing a lot of leasing transaction activity, it’s giving the capital a bit of confidence to look at Perth.

“Ord Street was a bit different; it’s got a long-term lease to a blue-chip tenant so there’s always money available for that type of asset.”

Mr Agostino said he expected more activity in the last three months of 2015, with CBRE expected to close a major transaction in coming weeks, as well as list up to another three significant properties.

Another deal expected to be finalised before the end of the year is a reported $120 million sale of a half stake in the Exchange Tower, to a fund managed by Morgan Stanley.

Other assets on the market include Charter Hall’s East Point Plaza at 233 Adelaide Terrace, which is expected to sell for up to $60 million, and the Insurance Commission of Western Australia’s Westralia Square, Westralia Plaza and the Forrest Centre.

Mr Agostino said he expected strong interest in the East Point Plaza, which CBRE had been appointed to sell.

“It’s one of the best buildings in that eastern precinct and has reasonable WALE (weighted average lease expiry) on it and quality tenants in there,” he said.

Expressions of interest were also sought by commercial agency Savills last month for the 12-level office building at 12-14 The Esplanade, with that campaign closing in mid-September.

Outside of the CBD, Charter Hall is also looking to sell Metcash’s distribution facility in Canning Vale, with that property forecast to draw a price of up to $150 million.