The Channel 7 Telethon Trust achieved another fundraising record over the weekend, raising $38 million for medical research, but its success has not been shared across the charity sector, with Variety WA’s Carols by Candlelight the latest of several events to be cancelled due to a lack of financial support. 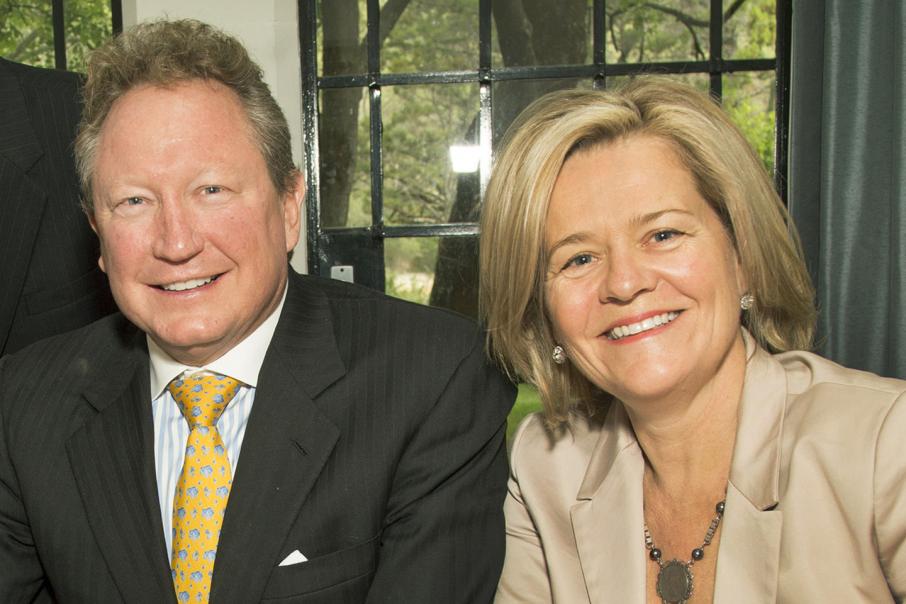 Andrew and Nicola Forrest are prominent philanthropists through the Minderoo Foundation.

The Channel 7 Telethon Trust achieved another fundraising record over the weekend, raising $38 million for medical research, but its success has not been shared across the charity sector, with Variety WA’s Carols by Candlelight the latest of several events to be cancelled due to a lack of financial support.

The Perth Children’s Hospital is a major beneficiary of Telethon.

The federal government gave $3.3 million and the state government $3 million, of which $2 million will go to the Telethon Perth Children's Hospital Research Fund – a venture jointly established by the Channel 7 Telethon Trust and the Department of Health.

Among its major ongoing supporters are mining companies MACA and Mineral Resources, as well as The McCusker Charitable Foundation and the Stan Perron Charitable Trust.

Maca has also recently raised $4.1 million for the Harry Perkins Institute of Medical Research through the Maca Ride to Conquer Cancer.

The most substantial sum of $186,000 was raised by a team from Fortescue Metals Group, including Andrew Forrest, supported by more than $60,000 from Mr Forrest’s Minderoo Foundation.

The team made the descent down the Central Park Building in September in support of Ronald McDonald House Perth.

In contrast to the success of Telethon, the MACA Ride and Central Park Plunge, Variety WA yesterday announced the cancellation of its Carols by Candlelight event.

“Despite the City of Perth committing to renewing its sponsorship, during negotiations with Lotterywest, the WA Symphony Orchestra and corporate sponsors, it became clear that we were facing a shortfall of about $290,000 for this year’s event,” he said.

“We understand that the current economic climate has forced many businesses to re-examine their giving capacity.

“We had to consider whether we were in a position to underwrite the event, or whether we should instead be directing those funds to help children with needs in WA.”

Variety WA is currently looking at opportunities to present a scaled-down version of the event.

Children’s cancer charity Camp Quality also cancelled its WA Giggle Ball last week, stating that it would be financially irresponsible to proceed with the event as it was extremely likely the organisation would suffer a financial loss.

The charity is aiming to raise $400,000 by the end of the year in order to support a number of programs in WA.

In 2017, the Children’s Leukaemia and Cancer Research Foundation cancelled its Climb for a Smile event, citing lower than forecast event registrations, and the Asthma Foundation WA also cancelled its Freeway Bike Hike, which had raised over $4 million since 2005 but was making a significant loss.