The latest official report into Western Australia’s gas supply and demand outlook has raised the ire of a group of major domestic gas users, which says some of its key findings are misleading and called for an independent review into how the report is compiled. 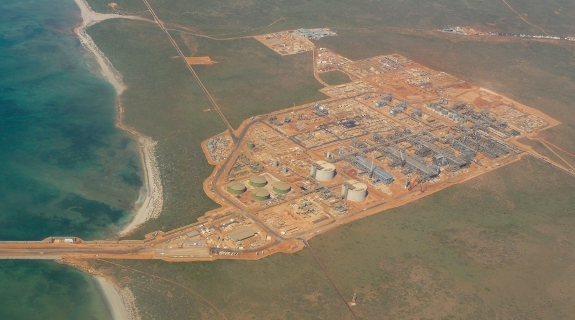 The latest official report into Western Australia’s gas supply and demand outlook has raised the ire of a group of major domestic gas users, which says some of its key findings are misleading and called for an independent review into how the report is compiled.

This year’s Gas Statement of Opportunities (GSOO) created by the Independent Market Operator (IMO), whose functions have since been taken over by national group the Australian Energy Market Operator, found among other things that WA’s domestic gas market remains in excess supply.

This was welcomed by the Australian Petroleum Production and Exploration Association (which represents gas producers), but DomGas Alliance executive director Matt Brown, whose organisation represents major gas users, said the excess supply finding was misleading and did not reflect what was happening in the market.

Mr Brown, whose organisation represents seven major gas users including Alcoa of Australia and Fortescue Metals Group, said he questioned the IMO’s forecasts and was concerned it had underestimated growth in domestic demand and been unrealistic in its assessment of gas supplies.

“There is a big difference between producers having sufficient production capacity to supply gas and those same producers being willing to actually supply gas to the market at competitive prices,” he said.

Mr Brown said a review by the WA parliament’s economics and industry standing committee was required to “get to the truth about gas supply”.

In addition to finding domestic natural gas supplies will outpace demand by more than 100 terajoules per day over the next four years, and grow to a forecast excess of 400TJ per day by 2025, the GSOO found the expected cessation of joint marketing of gas supplies by the North West Shelf joint venture would bring greater competition to the market.

Business News has previously reported on the lack of information coming from the NWS parties about the planned changes to the joint marketing arrangements, which are due to expire on December 31; the report noted it also understood there had been no applications for extensions.

The report found that, because North West Shelf Venture partners BHP Billiton, BP, Chevron, MIMI (Mitsubishi Corporation and Mitsui & Co), Shell, and operator Woodside Petroleum had all failed to apply for an extension to their joint marketing arrangements, separate marketing of their respective supplies would usher in significant change.

“The end of joint marketing ... is likely to increase competition,” the report found.

“Greater competition will provide opportunities for customers to renegotiate their gas requirements, or secure a more competitive price.”

While separate marketing arrangements are expected to increase competition, the amount of gas the NWS project produces as a share of overall supplies within the domgas market is slipping.

Earlier this year, Business News revealed that while the NWS project had in recent decades supplied two thirds of WA’s domestic market, it produced less than half (48 per cent) of the domgas market's supplies last year.