Mirvac to build 'City of the North' 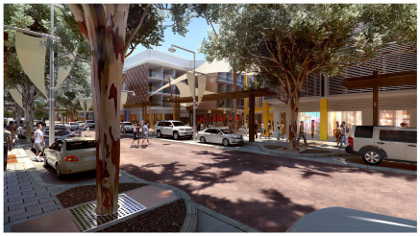 Development giant Mirvac has been selected as the state government’s preferred proponent to commence a $1.5 billion redevelopment of Karratha, including a new town centre and a 1,500-dwelling coastal suburb.

The Karratha City of the North project involves the redevelopment of several key sites in the Karratha city centre, including the development of a new hotel, and also a 160-hectare master-planned community at the coastal suburb of Mulataga.

Mirvac Western Australia chief executive Evan Campbell said the company was pleased to have the opportunity to assist in alleviating the significant shortage of quality housing and accommodation options in Karratha.

“In order to meet demand, about 600 to 800 new dwellings per annum will need to be provided across the region over the next four years and this project will be critical to satisfying this demand," Mr Campbell said in a statement.

“This project is all about creating a long term and viable city in Karratha and the State Government is to be congratulated on its vision to ensure there is a long lasting legacy for the community as a result of the growth in the resources sector.

“We share this vision to create a place where people want to live and visit, as well as work, and look forward to playing an integral role in transforming Karratha into the city of the north.”

Premier Colin Barnett said the project would kick-start the transformation of the town into a city of 50,000 people.

“This visionary project is an unprecedented investment in a regional Western Australian town and I commend Mirvac for demonstrating the innovation and creativity we have been looking for,” Mr Barnett said.

“This constitutes a $1.5billion investment partnership between the State Government through Royalties for Regions, LandCorp and the private sector.”

“The work to develop Karratha into a City of the North started two years ago with the launch of the Pilbara Cities vision in November 2009,” Mr Grylls said.

“Two years ago the Premier and I committed to providing the Pilbara with modern amenities and the same opportunities enjoyed by other cities across Australia.

“We’ve come a long way since then and delivered some significant projects in a remarkably short amount of time in Karratha.”