Mirvac Group will start construction on the final stage of its Leighton Beach precinct this week, with a $40 million, 104-apartment complex expected to take around 18 months to complete. 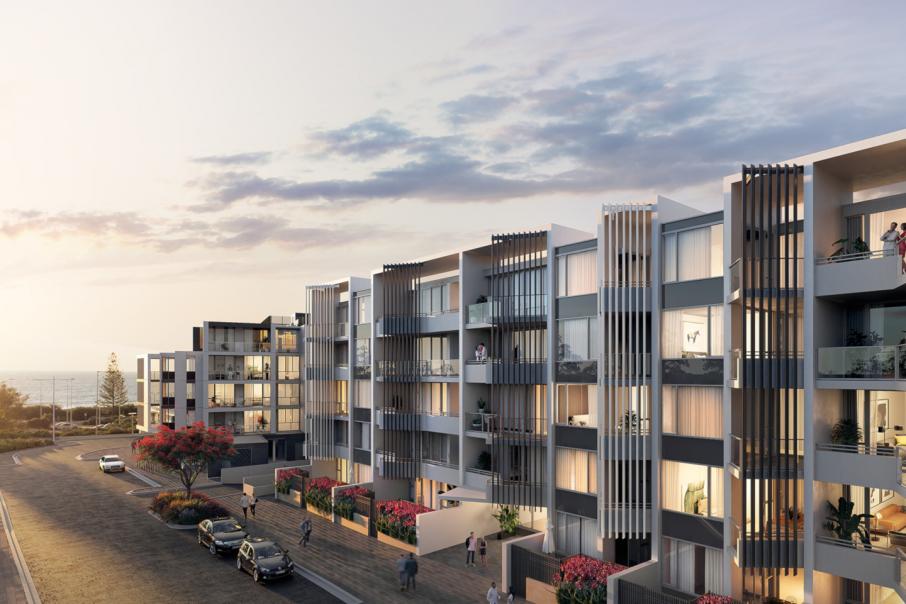 Mirvac's Compass will round out the developer's activities at Leighton Beach. Image: Mirvac

Mirvac will start construction on the final stage of its Leighton Beach precinct this week, with a $40 million, 104-apartment complex expected to take around 18 months to complete.

The developer first invested at Leighton Beach in 2006, working closely with LandCorp to deliver a vision of a beachside lifestyle destination.

Mirvac chief executive Susan Lloyd-Hurwitz told Business News the group was excited for the milestone of a construction start of the precinct’s final stage.

“We’ve gotten through 50 per cent of pre-sales of what has been a really iconic project for us in Perth of being able to completely transform the Leighton Beach community,” Ms Lloyd-Hurwitz said.

Ms Lloyd-Hurwitz said the final stage would incorporate a range of one, two and three bedroom apartments.

“Mirvac’s intent is to provide a product that meets the changing demands of modern living while delivering on location, quality and amenity,” Ms Lloyd-Hurwitz said.

“The fact that we are commencing construction shows the value that buyers place in finding the right apartment for them.

“In this case, it’s right on the beach, close to a train line, five minutes from Fremantle, and connected to the CBD.

“It is the perfect location.”

Mirvac head of residential Stuart Penklis said the final stage of Leighton Beach, known as Compass, would not only benefit future residents, but also the wider North Fremantle community.

Mr Penklis said Mirvac’s decision to deliver social infrastructure and amenity in the first stages of development at Leighton Beach had been key to the precinct’s success.

“LandCorp were very forward thinking in their vision for the precinct,” Mr Penklis told Business News.

“When we joined, we shared the same common objectives and today it is a much better place than what is was 13 years ago and it will continue to evolve.

“It is certainly a positive legacy that we’ll be leaving behind.

Mr Penklis, who was at Mirvac for the early stages of Leighton Beach development in 2006, said the developer had encountered community opposition to the project when it was first proposed, typical of the prevalent attitude in Perth towards coastal developments.

“This precinct didn’t have a huge population at the time, it was old industrial land, so it was probably less sensitive, but I do remember there was some concern over development in that location.

“I suppose the way we now approach development and the way we engage communities early is slowly changing that mindset.

“We can now point to so many projects over the last 10 years where we really have delivered a good outcome, not just for the new residents but for surrounding residents.

“From a Mirvac perspective, being able to point to great examples around the country actually does go a long way to abating community concerns.”

Mr Penklis said the project would sit as a flagship among the developer’s national portfolio.

“Someone recently made the comment to me ‘time has been kind to those first stages at Leighton Beach’, and it is actually very true,” he said.

“It’s not by accident, it’s the quality, it’s the care, it’s the detailing, it’s great architecture that actually makes stage one of Leighton Beach still look as good today as when it was first completed many years ago.

“That’s testament to our brand and our focus and our uncompromising attention to every detail.

“Fast forward 10 years time, we’ll look back at Leighton Beach as a real legacy project for Mirvac and a real positive contribution to WA.”