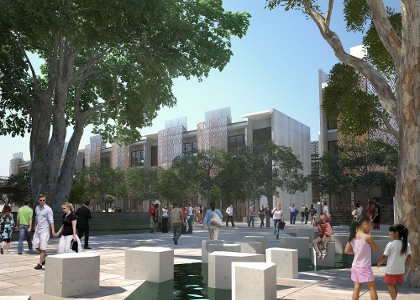 An artist's impression of The Quarter in Karratha.

Development giant Mirvac has advanced its plans for the Karratha town centre, saying it will submit its development application with the Shire of Roebourne before Christmas.

Mirvac said the masterplan for the first stage of the project, known as the Quarter, will comprise a redevelopment of the existing aquatic centre site on Sharpe Avenue to include a 150-room hotel, two commercial buildings with 8,500sqm of office space, a four level carpark and a retail promenade.

The plan also features a landscaped town square which will allow for public performances, market stalls and exhibitions.

Mirvac national general manager of resource partnerships Evan Campbell said he was pleased to get the application for The Quarter and another for the 2,000-home Mulataga residential development in front of local authorities before Chritsmas.

“The Quarter and the Mulataga community really go hand-in-hand – Karratha needs new commercial and retail provisions in town to attract more business, which in turn will spark increased demand for property – so both projects are vital to the future of the region,” Mr Campbell said.

“The Quarter has been highly anticipated by locals who are looking forward to the lifestyle benefits of having a variety of new shops, restaurants and services at their doorstep, as well as businesses who are keen to expand their presence in the region.

LandCorp chief executive Ross Holt said Mirvac’s proposal for the Karratha town centre was a big step towards establishing a 50,000-strong city in the Pilbara.

“The proposal presents a level of amenity and services never before seen in the town in such concentration,” Mr Holt said.

“It will help attract and retain a growing skilled workforce, which is crucial to meeting the goals of the state government’s Pilbara Cities initiative.” 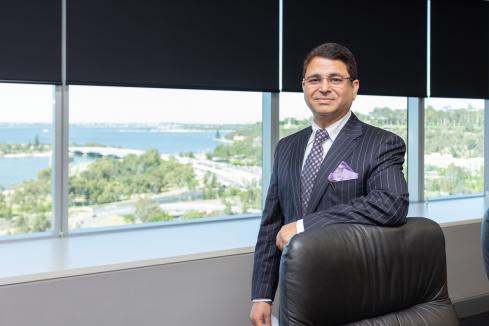