The full text of an announcement from GRD Minproc is pasted below, followed by one from Mirabela.

GRD Limited announced today that GRD Minproc has been awarded a contract to provide services in relation to the engineering, procurement, construction and commissioning for Mirabela Nickel's US$263 million Santa Rita nickel project in Brazil.

The Santa Rita project is planned to be a 4.6 million tonnes per annum open pit mine and a conventional sulphide concentrator designed to produce 18,500 tonnes per annum of nickel concentrate. GRD Minproc previously completed the Definitive Feasibility Study for Mirabela Nickel.

GRD Limited Chief Executive Cliff Lawrenson commented "Santa Rita is a superb project with a world class resource as well as excellent existing infrastructure, this will make construction and getting product to market very efficient.

"We are very impressed with the Mirabela management team who have taken the best of Brazil and the best of Australia and put together a world class team to deliver the project.

"We are delighted to continue to work with a management team who have immersed themselves not only in the in the project but also in the community and culture of Brazil. This attitude and commitment is, in our opinion, a major differentiator that will further enhance Mirabela's excellent prospects in Brazil.

"We will use our global resources through our rapidly growing Belo Horizonte office to add value wherever we can."

The full text of a Mirabela announcement is pasted below

PERTH, AUSTRALIA Mirabela Nickel Limited (TSX: MNB, ASX: MBN) is pleased to announce the approval of its Environmental Management Plan and subsequent granting of an Installation License for construction of the Santa Rita nickel sulphide concentrator. As a result, the Board of Mirabela has approved the immediate commencement of construction of the Santa Rita project. An Environmental Impact Assessment study that included a detailed community consultation and hearings process was approved last December.

The Company will now establish an operating presence on site, including the installation of Company and contractor site offices and basic amenities such as water and power as well as an upgrade of site roads. This work is expected to take about one to two months whereupon work will commence on the plant foundations and pre-stripping of the open cut mine. Construction of a bridge over the Rio de Contas river, to improve site access, can now start immediately and is expected to be completed by Q3 next year.

"With the Installation License now granted, the Company is very pleased to commence construction of the Santa Rita project immediately, which puts the project on track for a mid 2009 commissioning." commented Nick Poll, Managing Director. "Approval for the project reflects strong encouragement received from the community and the state. CBPM, a state owned company mandated to encourage mining investment in Bahia and royalty holder in the Santa Rita project, also assisted with the approval process."

The Mirabela team is well positioned to begin full construction. Raphael Bloise has been appointed Project Director for the construction of Santa Rita. He is well regarded, having managed the construction and commissioning of CVRD projects over 30 years, including Sossego - a 13mpta copper sulphide project in Brazil that was commissioned in 2003.

Narayan Krishnan is Director of Metallurgy and brings invaluable nickel experience to the team, particularly from his involvement in commissioning the Mt Keith disseminated nickel sulphide project in Western Australia with a throughput rate of 11.5mtpa.

GRD Minproc Ltd has completed basic engineering for the plant and has been engaged to provide consulting services in relation to the engineering, procurement, construction and commissioning for the Santa Rita nickel project. GRD Minproc also completed detailed engineering on the grinding circuit and primary crusher late last year, which enabled these items to be ordered for a Q4 2008 delivery. These are the two most important long lead-time items.

Two Brazilian engineering firms have also been appointed. ECM will be responsible for project scheduling, detailed engineering and procurement, whilst Construtora Barbosa Mello (CBM) will be responsible for construction of the plant and local infrastructure. Both ECM and CBM participated in the construction of Sossego under the management of Mr Bloise. CBM will also provide a mining fleet to commence pre-stripping before the end of the year. It is intended to use contract miners until delivery of a mining fleet, expected late next year.

Detailed engineering for a power line to access the state power grid has been completed and the Company is currently finalizing permitting details and commercial arrangements. Tenders are currently out for plant and mining equipment, whilst detailed mine design/scheduling and installation of site communications is underway.

A license to clear vegetation is contingent upon the Company creating an environmental reserve on a minimum of 20% of the total area of the farms that it has acquired. The area under acquisition is considered more than adequate for this requirement. A reserve has now been created and an application submitted. This license will be required to enable site clearing for the concentrator foundations. An environmental study to draw water from the Rio de Contas is positive and has been submitted to the state environmental authorities for approval.

"The next 6 months will be an exciting time for Mirabela," said Mr Poll. "On the resource side, recent drilling results look set to provide more tonnes with a resource upgrade due late October and a mining reserve estimate is expected the following month. On the commercial side, negotiations for bank financing and an off-take agreement are progressing well and are expected to be finalized over the next 6 months."

Mirabela is a mineral exploration company incorporated under the laws of Australia and listed on the Toronto Stock Exchange and the Australian Securities Exchange. Mirabela has a portfolio of prospective nickel and other base metal projects in Brazil. Additional information relating to Mirabela is available on the Company's website. 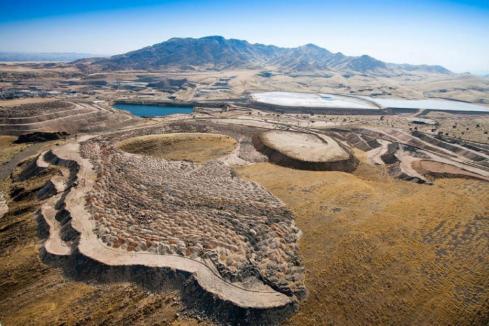