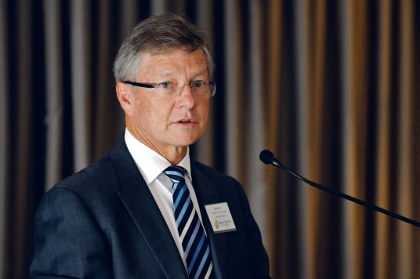 One day before it was due to be released, Environment Minister Bill Marmion has announced that he is seeking legal advice on the Environmental Protection Authority’s report into the proposed gas hub at James Price Point.

Pending that advice, Mr Marmion said he would delay the release of the report, which had been scheduled to occur tomorrow (Friday).

His decision follows revelations earlier this week that four of the EPA’s five members had to stand aside from the inquiry because of potential conflicts of interest.

That meant EPA chairman Paul Vogel would have been the only member able to make a recommendation.

A very brief statement from Mr Marmion said: “in light of the public statements made this week questioning the appropriateness of the EPA’s processes, he wanted to delay publication of the report until he sought legal advice”.

“This proposal is extremely complex and I want to ensure due process has been followed at all levels,” he said.

The Minister’s statement said he had requested legal advice “as a matter of priority”.

His statement noted that the EPA’s environmental impact assessment of the proposal was the “biggest and most complex ever conducted in EPA history”.

The minister’s decision adds to the long-running controversy surrounding the project, which involves construction of an LNG plant at James Price Point near Broome to process gas from the Browse fields off the Kimberley coast.

The Kimberley Land Council negotiated an agreement that was meant to clear the way for the project to proceed, but it has subsequently been vigorously opposed by other aboriginal, environmental and tourism groups.

Shadow Environment Minister Dr Sally Talbot said the Minister's announcement came minutes after he had refused to answer Parliamentary questions about the legality of EPA meetings.

"I asked the Minister how the EPA could meet with only one member in attendance when the Act says the EOA quorum is a minimum of three.

"I also asked whether those meetings, which the Minister had already admitted were attended only by the Chair, were minuted and why three EPA members who had previously reported a conflict of interest were allowed to continue discussing and making decisions on the gas hub right up to 16 February this year when the Chair suddenly changed his previous ruling.

"Mr Marmion refused point blank to answer my questions, saying they were too complex and detailed and that he would write to me.

"This is an outrageous perversion of Parliamentary question time."