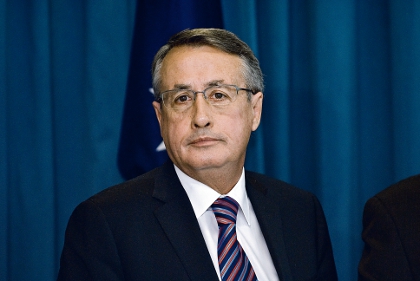 The high costs of compliance with the Minerals Resource Rent Tax are destroying confidence and threaten to push investment offshore, industry leaders have told a Senate committee hearing in Perth.

Fortescue Metals Group chief financial officer Stephen Pearce said the company had paid between $3 million and $5 million in consulting costs and internal resources to ensure compliance with the MRRT over the past two years, despite FMG avoiding having to pay the tax so far.

In response to questions from Liberal Senator Mathias Cormann, Mr Pearce said FMG did not expect to pay the MRRT for “at least five years” and possibly even further down the track.

He argued, however, that FMG had paid a combined $1 billion in state royalties and company tax over the past year and expected that figure to double in the coming years.

“The appropriate way to tax mining companies is through corporate tax and state royalties. Those two means of taxation are doing exactly what they’re designed to do,” Mr Pearce told reporters following the inquiry.

“We’ve always been willing to sit down with any government of any persuasion to talk through tax reform. We’re not opposed to tax reform but it needs to be done in a considered way.

“In the case of the MRRT, it’s really beyond redemption. It is just so complex and has been manipulated and changed and negotiated to such an extent that really the best approach is just to repeal it and then let’s start a meaningful conversation.”

The MRRT raised just $126 million in revenue in its first six months of operation, well below the $2 billion it was forecast to raise over the 2012-13 financial year. With miners able to deduct state royalty payments before incurring MRRT liability, many have avoided paying any tax.

Association of Mining and Exploration Companies chief executive Simon Bennison said the three mining giants that negotiated the MRRT with the federal government in 2010 – BHP Billiton, Rio Tinto and Xstrata – had “no mandate to act in any way” on behalf of the wider resources industry and claimed the MRRT discriminated against emerging miners.

“Because they’re recent producers, (smaller companies) don’t have the shielding that the larger companies do,” he said.

“So the MRRT provides significant shelter for the big miners and makes it comparatively harder for smaller miners trying to become the economic success story of tomorrow to get off the ground?” Senator Cormann asked.

“That’s right, and that’s why it discriminates against a number of companies within the industry,” Mr Bennison responded.

While a Behre Dolbear report last week affirmed Australia’s status as the safest destination for mining investment in the world, Mr Bennison said Africa and South America would be seen as more attractive as they developed a greater understanding of the financial and political conditions needed to court investment.

“We need far more certainty and confidence brought back into the market,” Mr Bennison told reporters.

“We have been very keen on getting the government to develop a minerals exploration tax credit, which is a very similar arrangement to the Canadian flowthrough share scheme. We think these sorts of programs are going to be needed to help kick-start exploration again.

“Unless we start putting programs in place like that, I think we’re in for an extremely long fall in getting investment back into the industry. I think it’s indicative that the majority of capital raisings in this country at the moment are flowing offshore.”