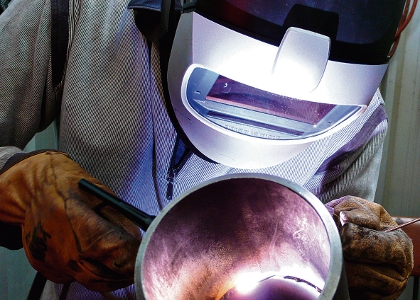 Investment and advisory house Gresham Partners  released its quarterly report on the sector today, which showed a 5 per cent decline in the Gresham Mining Services Index, following a 19 per cent fall in the June quarter.

“Our index has lost a total of nearly $11 billion in over the last six months and the sector is now trading at a forward PE ratio of 7.6x, the lowest level since the height of the GFC in early 2009,” Gresham Perth director Chris Branston said.

Mr Branston said investors were turning their attention to 2013 and beyond as debate swirls as to whether the construction cycle has peaked.

“Sentiment has been influenced by the delay or cancellation of a number of large expansion projects and a general cost reduction focus by mining companies, both of which have potential to adversely impact earnings in the medium term,” he said.

Analysis of the index by Gresham showed companies with oil and gas exposure fared better than those with large exposure to bulk commodities, particularly iron ore and coal.

Larger companies also performed better, while companies with significant exposure to exploration have been heavily discounted.

“However, announced M&A activity continues to be focused around relatively small, private transactions.

“Share buy-backs are increasing in popularity as a number of companies are choosing to enhance earnings per share by purchasing their own shares at perceived low prices rather than allocating funds for acquisitions.”

Mr Branston said the next key indicator for the sector's outlook was November's annual general meeting season, where confirmation or revision of FY13 earnings guidance will be a key focus.