The mining sector has reached a new five-year low, with confidence levels likely to take years to recover, according to industry leaders surveyed in the latest Mining Business Outlook report. 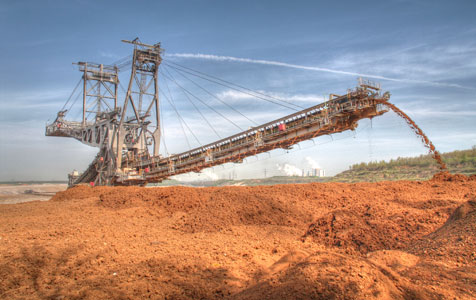 The mining sector has reached a new five-year low, with confidence levels likely to take years to recover, according to industry leaders surveyed in the latest mining business outlook report.

According to the report, a majority shared the view that the sector’s future is now out of their control, signaling an increasing possibility of drastic changes to the industry.

“The report confirms the sector’s increasing somber outlook, with an overwhelming 93 per cent of leaders not optimistic about their growth prospects for the next 12 months, up by more than 50 per cent compared to last year,” Newport said in a statement.

A further 82 per cent are reportedly not confident of large-scale projects resuming in the next 12 months, predicting it will take at least three to five years.

“I don’t expect any major new mining projects to commence in the next few years,” economist Saul Eslake said.

“There is wide consensus that commodity prices will continue to decline as more supply comes on stream globally, while the growth rate of demand for commodities slows.”

A further 25 per cent are concerned by falling demand in key markets such as China, stating that demand from other markets will remain hampered due to the high costs of doing business in Australia.

“Mining leaders are telling us they’ve done all they can to address their business performance, as demonstrated by large cost-cutting exercises and job retrenchments,” Newport Consulting managing director David Hand said.

“Leaders are demanding better business conditions for confidence to return.

“They’ve accepted the new lows hit by the sector and have embraced a government who will listen, however, they want action quickly: less red tape, more flexible IR laws and better infrastructure.”

The report also revealed that the industry has lost its investment appeal, with 89 per cent of leaders agreeing that Australia is no longer the world’s best investment market.