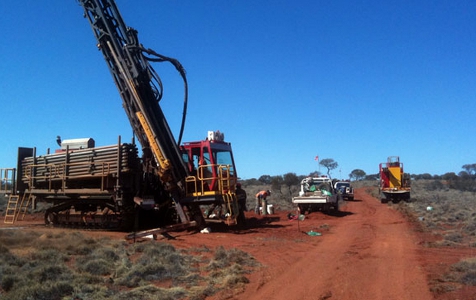 The federal coalition has committed to provide tax break to investors in exploration firms if it wins Saturday's election, under an incentive scheme that has been widely lauded by the resources sector.

Opposition resources spokesman Ian Macfarlane announced today that the coalition would introduce an Exploration Development Incentive (EDI) that would allow investors to deduct the expense of mining exploration against taxable income.

The scheme is slated to begin in July next year.

Liberal candidate for the regional seat of O'Connor, Rick Wilson, said the three-year trial would encourage exploration and shore up the state's economic and social prosperity by creating thousands of jobs.

He said the initiative would ensure new mining projects were found and developed.

Mr Wilson said the plan would target small exploration companies, with the Australian Taxation Office to determine the proportion of expenses that could be claimed as tax credits.

The scheme will be capped at $100 million over forward estimates, with tax credits to be allocated retrospectively,

Mr Wilson said the fine details of the scheme would be finalised on consultation with the exploration sector.

The Association of Mining and Exploration Companies has been advocating for tax incentives to assist exploration firms and hailed the announcement as "fantastic news".

"The coalition has listened to industry and recognised the importance of such a policy and the role this plays in maintaining international competitiveness and investment in the exploration and mining industry," AMEC chief executive Simon Bennison said.

"It will also increase the rate of discovery and lead to the mines of tomorrow, providing future revenue streams for governments."

The Chamber of Minerals and Energy of Western Australia said the incentive would strengthen the mining development pipeline.

"We have seen the competitiveness of Australia as an attractive place for exploration expenditure decline with research showing Australia's share of global exploration has reduced from 21 per cent in 2002 down to only 12 per cent in 2012," CME chief executive Reg Howard-Smith said.

"Exploration is the lifeblood of future industry. With sensible and encouraging policy initiatives such as the Exploration Development Incentive, there are positive signs for establishing the future pipeline of projects."

Mr Marmion said the government's commitment would reach $130 million by 2016-17.

The program offers refunds of up to 50 per cent of drilling costs for explorers successful in the application process.

The state program was established in 2009.