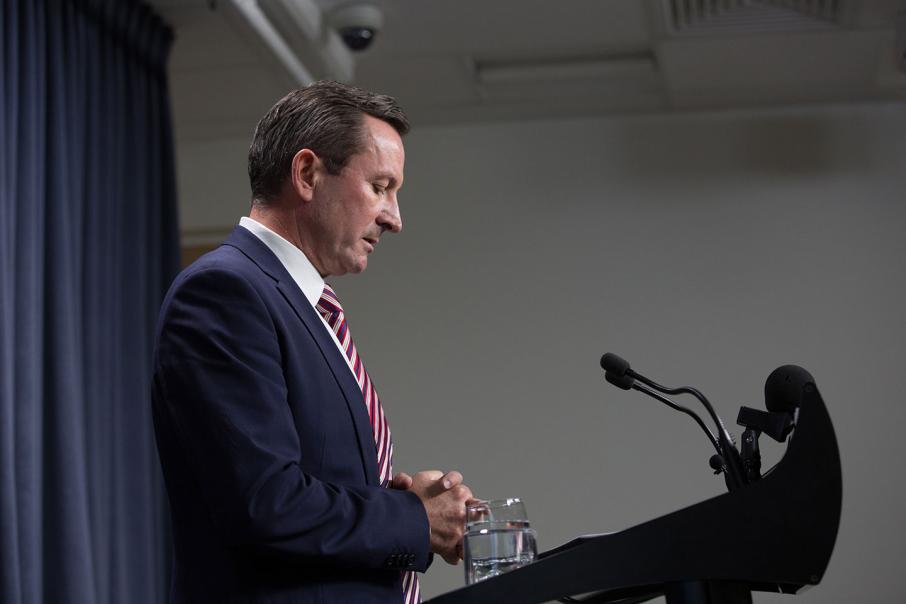 Speaking at a Chamber of Minerals and Energy of Western Australia function, Mr McGowan praised the industry’s contribution to the state but said there was a lot of hostility in the community over its lack of support for the broader economy.

“I urge the industry here to understand that argument,” he said.

Mr McGowan said he had often visited workshops on the Kwinana industrial strip that were extraordinarily quiet during the mining construction boom and felt they had unfairly missed out.

“The local content argument is very powerful in Western Australia,’’ he said.

“Always remember, you might get something at a smaller margin interstate and overseas, but the place in which you are doing business here in WA, this is the place where you live and the place that supports your business.

“I’d like to see a real focus on local content when it comes to fabrication and manufacturing work in WA.”

Mr McGowan said the industry should provide guaranteed apprenticeships for some of the students at regional high schools.

“There was a lot of hostility in communities where the mining industry operates during the last election campaign,’’ he said.

“One way to assuage that hostility would be to guarantee apprenticeships, a certain number, for students graduating from the local high schools.”

He also urged the industry to cut its use of foreign workers.

“In the boom, (that was) totally understandable,’’ Mr McGowan said.

“Now with 6.5 per cent unemployment, 95,000 out of work, tradespeople looking for jobs everywhere, not so understandable.

“I just urge the industry, in relation to all those things, keep them in mind.”

The premier said he was also concerned by rumours that big mining companies were transferring staff to the east coast.

“Sometimes there is a temptation, I think, to move back to Melbourne, it’s a bad idea, stay here in WA, keep your offices here,” Mr McGowan said.

He said he had been concerned for a long time that Karratha would suffer if the LNG plant was run down due to lack of supply.

“I want to congratulate Woodside on its steps to connect Browse, via North Rankin, into the North West Shelf,’’ Mr McGowan said.

“I think that is a good sensible, wise, economically responsible decision.

“That will ensure we have domestic gas for the long term here in the South West and will ensure Karratha remains a prosperous and vibrant community for a long period of time to come.”

Woodside chief executive Peter Coleman said last month this option, which is subject to further detailed study, could double the life of the Karratha gas plant.

Speaking to journalists afterwards, Mr McGowan said he preferred to work with the industry rather than regulate.

His plans include the Skilled Local Jobs Bill, which will require future projects to demonstrate how much local work and apprenticeships will be put In place.

“Directly mandating certain amounts of local content is very difficult, but certainly a Skilled Local Jobs Bill, which is a lighter touch, is a better way to go and will ensure the industry can work with government to achieve better outcomes,” Mr McGowan said.