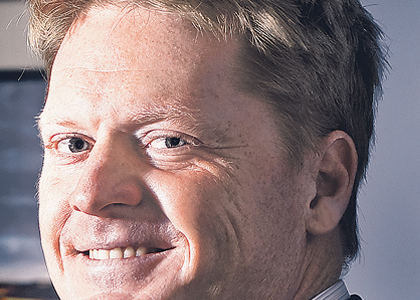 ‘‘Good advice is there, but there’s also lots of average advice.’’ -David Flanagan

AUSTRALIA lacks a sophisticated approach to debt funding for key resource projects, delegates at a recent Financial Services Institute of Australia function have been told.

FMG chief financial officer Stephen Pearce says speculation in September of the miner’s move to increase its debt illustrates the point most graphically. Alarm bells started ringing in the equity market, which resulted in FMG stock plunging 14 per cent in one day of trading.

That reaction, according to Mr Pearce, was a result of the equity market’s immature view of the type of debt FMG secured.

FMG later confirmed the market speculation by announcing it had secured a ‘Term Loan B’ credit facility worth .5 billion with global banking groups Credit Suisse and JP Morgan - a facility just below investment grade.

“The Term Loan B is not a product that is understood in the Australian market at all,” Mr Pearce said during the discussion on project financing.

“There’s still very much a perception of a high yield junk bond - emotive language; just because you’re sitting below the investment grade.

“The Australian market just needs to mature a little bit in terms of how it views credit ratings.”

Mr Pearce defended FMG’s decision, stating that although it was slightly higher risk, it was preferable to raising capital via equity investors.

“We could have raised $3 billion of the $10 billion we are going to spend in equity and all have gone home and lived a very comfortable life - but we would have diluted the hell out of our existing shareholder base,” he said.

“We didn’t think we needed permanent capital because the cash flow, once we got to the other side of the expansion downstream, meant we wouldn’t need it.

“I don’t think the market or the analysts really understood that.”

Mr Pearce similarly criticised the banking sector with regard to how news of FMG’s debt negotiations became public.

“It never ceases to amaze me people that can’t keep their mouths shut; because that’s part of then core job and it disappoints me to be honest,” Mr Pearce said.

“As a company you need to be able to have a confidential discussion with one of your bankers.”

In contrast to FMG, smaller iron ore player Atlas Iron has taken a more traditional funding approach by tapping into the equity markets.

The company undertook a $4.5 million initial public offering in 2004 to kick-start what founder David Flanagan described as a venture too risky for the banks to consider a good investment.

“We didn’t have a long minerals life established at that time or assets that were proven in the marketplace,” Mr Flanagan said during the discussion.

“There was quite a lot of risk in it and we started our first mine without a customer, which is pretty ballsy to say the least.”

Eight years on, and the company has now followed in FMG’s footsteps and secured a similar facility - the Term Loan B - to the value of $325 million.

“Good advice is there, but there’s also lots of average advice,” he said.

“And there are products that are not available in Perth, such as the Term Loan B, which has created a good strategic option for us.”

Copper producer Sandfire Resources has taken a similar path to Atlas in that it waited until its project was less risky before taking advantage of offers for debt funding.

It wasn’t until the company completed all the feasibility studies of its DeGrussa project and actually began work on the site that it decided to take on debt - a decision managing director Karl Simich said maximised the company’s debt possibilities.

“With a robust project we are able to max out the debt and draw down on a $300 million facility on a really tight basis,” he said.

“(It’s) simple project funding which the project can easily deal with without putting us under any stress and it enables the value to go back to the owners of the business.” But he too criticised the advice given during the process.

“You do often get a little bit of vanilla where they say 'well, that’s what we do and here’s the template’,” Mr Simich told the forum.

“Well we actually threw the template out and just started with nothing.”

All agreed that foreign investment banks would remain significant funders of WA resource projects, but that the local capital markets needed to understand the complexities and diversity available to attract more capital into Australia.