Iron ore miners will be aiming to keep costs down as uncertainty over currency and oil prices, and falling demand, continue. 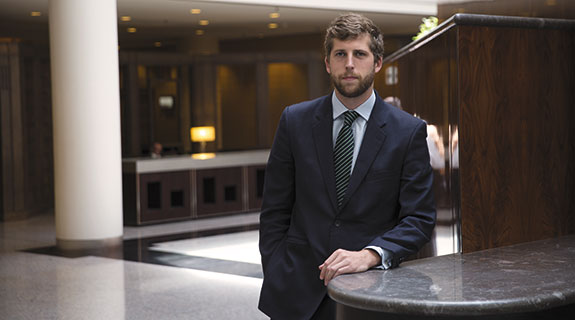 OUT YEARS: Adrian Doyle says more high-cost tonnes will be displaced from the market in the years ahead. Photo: Attila Csaszar

Iron ore miners will be aiming to keep costs down as uncertainty over currency and oil prices, and falling demand, continue.

Combined with miners’ cost-cutting measures, these external factors have helped lift about a quarter of mines, unprofitable at early 2016 prices, into the black.

The currency effect is seen in the case of Fortescue Metals Group, where a US1 cent fall in the Australian dollar exchange rate lowers the company’s C1 cash costs about US25 cents.

During the company’s recent cost reduction drive, cash costs on a free-on-board basis fell 51 per cent in $US terms, Mr Doyle said, while it was around 37 per cent in $A.

In its most recent half-yearly report, Fortescue touted C1 costs of $US15.80 per wet metric tonne for the December quarter, six months ahead of what it had originally scheduled, and 7 per cent lower than the September quarter level.

Mr Doyle said one internal factor that had driven cost reductions was the company taking control of its ore processing facilities, which had changed what ore could be mined instead of counted as waste.

A further benefit for Fortescue was the narrowing of the price discount for lower quality ore as prices fell, he said.

However, the biggest single driver of reduced costs was the fall in the oil price, Mr Doyle said.

That roughly halved freight costs and lowered the cost of mining, which uses diesel and other fuels as an input.

A fall in freight costs has a more substantial benefit for companies transporting the commodity further, particularly Brazil’s Vale.

When the price of oil rises, with Cru predicting an eventual return to $US80 per barrel, it will be the Brazilian company hit harder than most.

Vale also did well out of a local currency depreciation.

“While cash costs in the $US terms on an FOB basis fell by around 50 per cent, if you look at that in local currency terms, that decline is around 29 per cent,” Mr Doyle said.

“So it’s still an impressive improvement in costs in itself, but once you factor in the sort of macroeconomic tailwinds that the depreciating Brazilian real added to that equation, it combines into a much better headline figure.”

Annual production of iron ore has fallen 230 million tonnes in the past two years, 100mt of this from China and 55mtpa from non-traditional exporters such as in the Middle East.

Further displacement from the market was anticipated, with another small decline in Chinese steel production predicted this year and more low-cost supply coming on to the market through Roy Hill Holdings and others.

“It’s going to be a painful couple of years,” Mr Doyle said.

Nonetheless, he said the market was either bottoming out or getting better.

The long-term demand story for iron ore remained, he said.

The latest price moves have bought some positive news for producers, with iron ore spiking above $US60/t earlier this week.